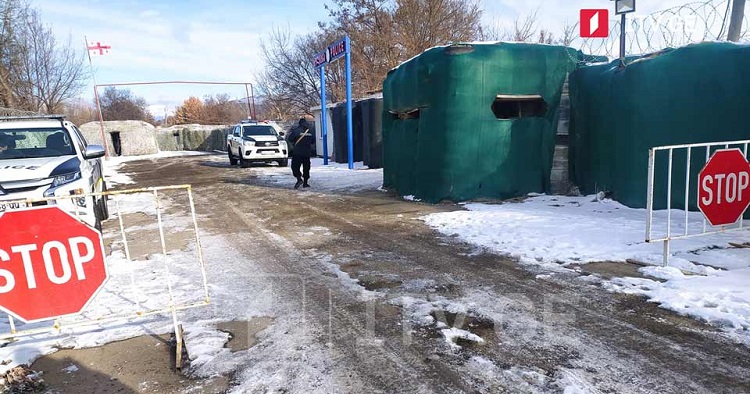 The 104th meeting of the Incident Prevention and Response Mechanism took place yesterday in Ergneti, under the co-facilitation of Ambassador Marek Szczygiel, Head of the EU Monitoring Mission in Georgia (EUMM), and Ambassador Viorel Mosanu, newly appointed Special Representative of the OSCE Chairman-in-Office for the South Caucasus.

During the meeting, participants focused on ongoing detention cases and discussed the impact that the prolonged closure of crossing points and the COVID-19 pandemic continue to have on communities affected by the conflict.

The parties also discussed the most recent security developments at the Administrative Boundary Line (ABL), including cases of “borderisation”, as well as the situation in the Chorchana-Tsnelisi region.

The co-facilitators of the meeting expressed concern about the increase in the number of detentions in recent weeks and called for a humanitarian approach to all cases of detention.

The next IPRM meeting is scheduled for March 4th.

Radio Free Europe/Radio Liberty (RFE/RL) reported that another meeting was also held in Ergneti earlier today, regarding three people declared missing by the Ossetian side after the 2008 Russo-Georgian war – Alan Khugayev, Alan Khachirov and Sultan Pliev.

The meeting was technically organized by the EUMM in Georgia, however, EUMM representatives did not participate in the meeting.

The President of the Georgian Young Lawyers Association (GYLA), Nika Simonishvili, attended the meeting. He confirmed that the meeting was linked to three missing persons, adding that “other details of the meeting are confidential”.

The Ossetian side searches in vain for those who have been missing for fourteen years. International experts were also implicated in the case.

RFE/RL reports that the Georgian prosecutor’s office was carrying out an investigation and that the relatives of the disappeared have been interviewed, but so far they have found no trace.

It’s the workplace, not women’s confidence, that needs fixing