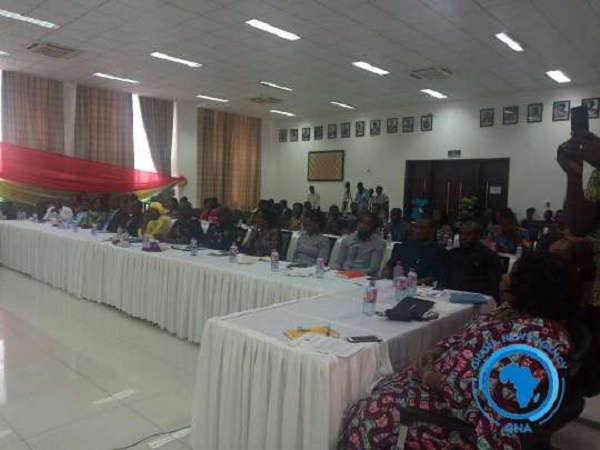 A sample of participants

The Ministry of Foreign Affairs and Regional Integration, in collaboration with the ECOWAS Commission, on Thursday organized a half-day sensitization workshop on the creation of an early warning and response mechanism in ECOWAS Member States.

Early warning system is the science, technology and art of collecting, analyzing and disseminating information that could be used to prevent and / or mitigate threats to human security.

The workshop, which was officially opened by Mr. Charles Owiredu, Deputy Minister of Foreign Affairs and Regional Integration, aimed to present the ECOWAS early warning and response system to government officials and officials. relevant stakeholders with the aim of establishing the early warning system and mechanism office in Ghana.

In 1978, ECOWAS ratified the first non-aggression protocol on the regional early warning system followed by the signing of the mutual defense assistance protocol to promote peace and security in the sub-region.

However, by the 1990s it became evident that these instruments were clearly insufficient to deal with the burgeoning intrastate conflicts in the ECOWAS region.

In this context, the strategic framework for the establishment of a National Coordination Center of the Early Warning and Response Mechanism in each ECOWAS member state was adopted during the 45th Ordinary Session held in Accra, in July. 2014.

Mr. Owiredu said that the establishment of national early warning and response centers had become very crucial; adding that the concept of the early warning sign was not a new phenomenon in the face of the varied challenges that ECOWAS member states faced, ranging from security and terrorism, the environment, crime and crime, governance and health.

He said that the innumerable benefits of establishing a national center for the coordination of early warning and response mechanisms were desirable by every member state; which include the prevention and reduction of loss of life, and the prevention and mitigation of environmental crises such as drought, conflicts between farmers and herders.

He stressed that the role of the Center was to warn the government of threats to human security, propose appropriate actions, coordinate and monitor the implementation of the response to the alert while optimizing the collection, quality and analysis of information through a participatory approach involving all relevant stakeholders.

“In the following days, the ministry will form a working group with representatives of key ministries to draft the instrument for the establishment of early warning mechanisms in Ghana. I expect all of us to make an effort to ensure the success of this important endeavor. “

Madam Finda Koroma, Vice-President of the ECOWAS Commission, said that the vision of the ECOWAS early warning system was to have in one place, a fully integrated and functional early warning system, providing the office of the Chairperson of the Commission for timely reports and analyzes to enable effective responses in the prevention and mitigation of violent conflicts in the sub-region.

With Ghana’s elections slated for December, Ms. Koroma therefore called on the government to ensure that a national early warning center is established in the country by the end of June this year.