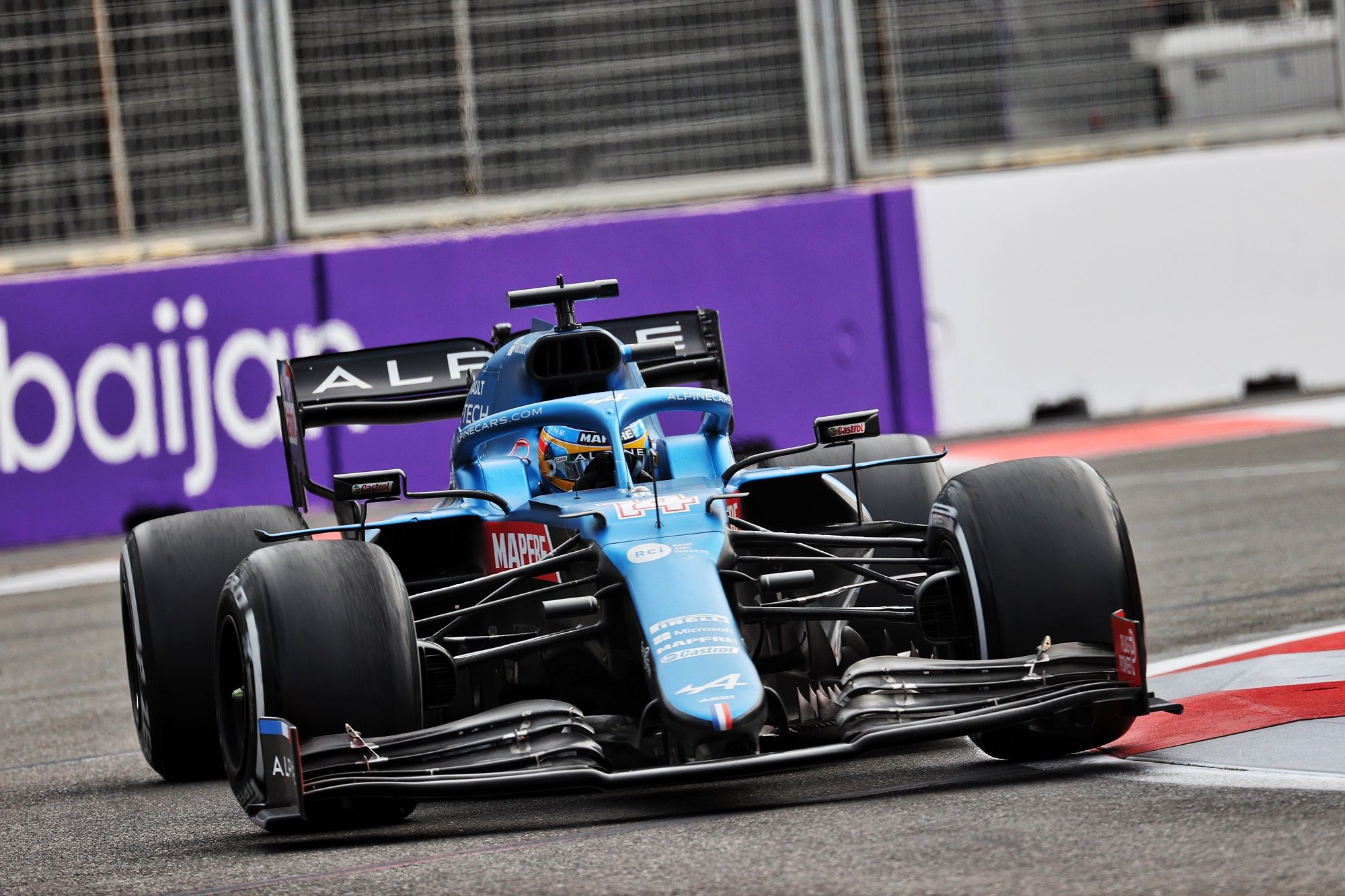 Fernando Alonso believes that the changes in the power steering and little else from Baku have helped him feel more confident with the car in F1 2021.

The season just ended saw the return of Formula 1 double WDC Alonso after a 2-year sabbatical from F1, but not motorsport itself as he enjoyed the Indy 500, the 24 Hours of Le Mans, the 24 Hours of Daytona and the Dakar Rally.

A few indifferent seasons from 2014 to 2018 in F1 undoubtedly attributed to the departure of Alonso. All the fans were thrilled and curious to see how the Spanish driver would fare in 2021, returning to Alpine after spending six seasons with them under their Renault guise and achieving so much glory at the time, too many to list here.

It didn’t start too well however, a bicycle accident in March left him with a fractured jaw. All in all, a good season despite a calm and unfavorable start at the start of the race. He has performed well at Alpine, certainly just before the middle of the season and his battle with old nemesis Lewis Hamilton at the Hungaroring has been one of his highlights of the season.

It was a very good season and its best since 2014. For Alpine as a team they finished 5th in the Constructors’ Championship and they had a good battle with AlphaTauri throughout. Looking back, Alonso identifies the steering wheel changes in Baku that helped him extract more performance from the car.

â€œI think at the start of the year things were definitely not easy for us,â€ said Alonso. â€œIn my case, coming back to the sport, I wasn’t 100% ready and confident to push the car to the limit. It took a few races to Baku probably, we made some changes to the car on the power steering and the feel with the front tires was totally what I missed the most so yeah I think we took a huge step forward on that a level of confidence.

“And yes the season as a whole has been fantastic for me, you know honestly very happy to come back to F1. I really enjoyed every race on track but also off track I was happy and I enjoy every second and it’s my best season since 2014, I think in terms of points and position. So you are definitely having a good comeback, I think, and certainly more prepared for 2022 “, summarized Alonso.

Certainly he and the team made the F1 fraternity sit down and take note. With Esteban Ocon’s victory in Hungary and Alonso’s podium in Qatar as well as a consistency in points, only two races where Alpine did not score at all, they could be one to watch next year with more. new rules also in preparation.

History was written by Neil Farell

Here is Fernando Alonso awarded at the FIA â€‹â€‹Gala

Here is Fernando Alonso on the revelation of the surgery