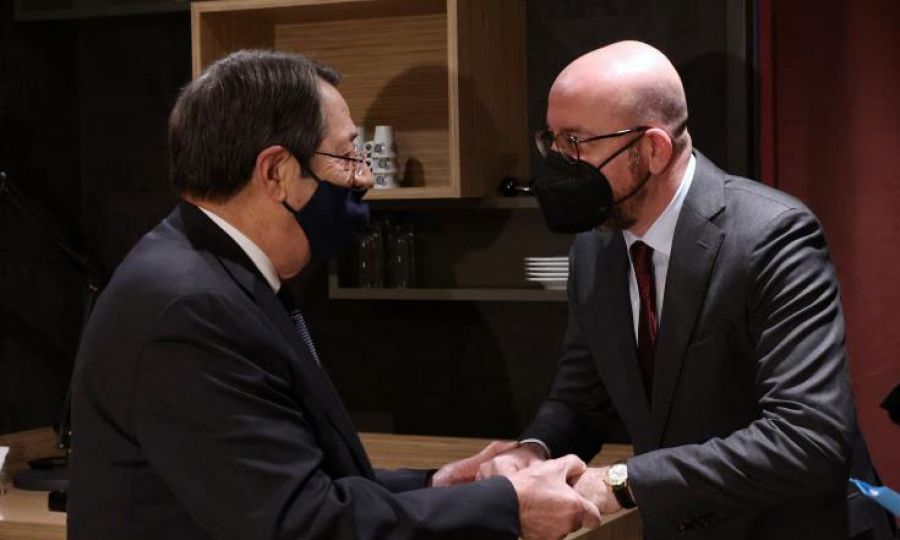 President Nicos Anastasiades briefed European Council President Charles Michel on Thursday on efforts to resume peace talks in Cyprus and requested the EU’s contribution to confidence-building measures (CBM). The meeting was held in Brest where the One Ocean Summit is taking place under the auspices of the French EU Presidency.

A written statement by government spokesman Marios Pelekanos says that during the working meeting with the President of the European Council, President Anastasiades briefed him on efforts to break the deadlock and resume the peace process. .

He requested the assistance of the European Union for the promotion and implementation of specific confidence-building measures, which are supported by organized Turkish Cypriot groups.

He also expressed his disappointment at the persistent refusal of the Turkish side to accept the appointment of an envoy of the UN Secretary General.

The President of the Republic also referred to his proposals for the adoption of a substantial set of confidence-building measures aimed at creating a positive environment that would facilitate the preparation of the ground for the resumption of negotiations. He stressed that Turkey must end its illegal activities on land and at sea, which do not benefit Cyprus and its people, both Greek and Turkish Cypriot, the wider region and the European Union itself. same.

He requested the assistance of the European Union for the promotion and implementation of specific confidence-building measures, which, as he said, are supported by organized Turkish Cypriot groups.

The President referred to the harassment of a Greek Cypriot farmer by the Turkish army in the village of Deneia and, at the same time, he expressed his disappointment at the Turkish government’s continued provocative statements on the basis of the solution and the reservations energy.

No coercion, confidence building measures needed to get children back to school