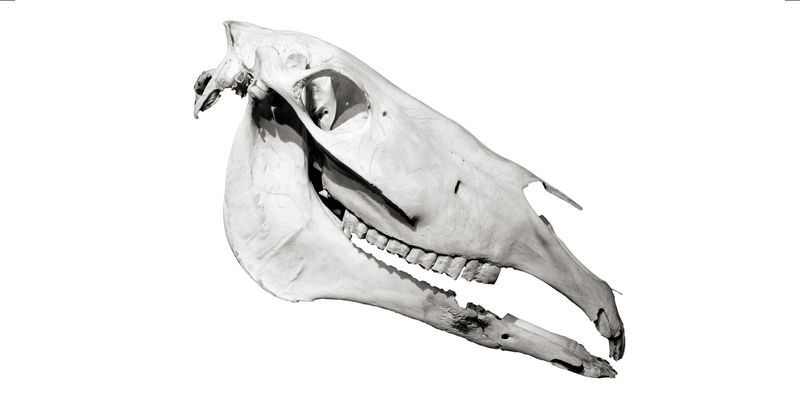 A newly identified 16th century horse specimen is among the oldest domesticated horses in the Americas known to date, and its DNA helps clarify the history of horses in the Western Hemisphere, according to a published study in the open access journal PLOS ONE by Nicolas Delsol of the University of Florida, USA, and colleagues.

Domestic horses were first introduced to the Americas by Europeans in the late 15th century and became a central part of European industry and military in the Western Hemisphere. Historical records suggest that the first domesticated horses were brought to the Caribbean from the Iberian Peninsula, but there is little archaeological evidence to support this. In this study, researchers present a genetic analysis of a late 16th century horse specimen, shedding light on the origins and spread of American domestic horses.

The specimen is a tooth fragment, originally misidentified as a cow, from the Spanish colonial site of Puerto Real in what is now Haiti. The authors sequenced the mitochondrial genome, not only allowing for correct identification, but also making the first known complete mitogenome of a post-Columbian domestic horse in the Americas.

This horse belongs to a genetic line called Equine Haplogroup A, whose members are well known from southern Europe, supporting the hypothesis that they originated in the Iberian Peninsula. Additionally, this horse’s closest living relatives are the wild ponies of Chincoteague Island, Virginia, which local folk tales say were stranded after a Spanish shipwreck.

Although this study presents only one mitochondrial genome, the authors suggest that the results are significant in several respects. First, this horse’s position within a common Iberian lineage supports documentation of the Iberian Peninsula as the source of many early American domestic horses. Second, the relationships between this horse and others in the Americas will help clarify our understanding of the path horses took when they colonized the Americas.

The authors add, “Our study highlights how ancient DNA can help us understand cultural and historical processes, not only in the distant past, but also in little-studied episodes of more recent history. Analyzing the introduction of European domestic animals (e.g., the horse) to the Americas is such a fascinating but understudied topic. Our results confirm the Iberian origins of these animals, but they also highlight another narrative: the exploration of the mid-Atlantic coast by the Spaniards in the early colonial period.

– This press release was provided by PLOS