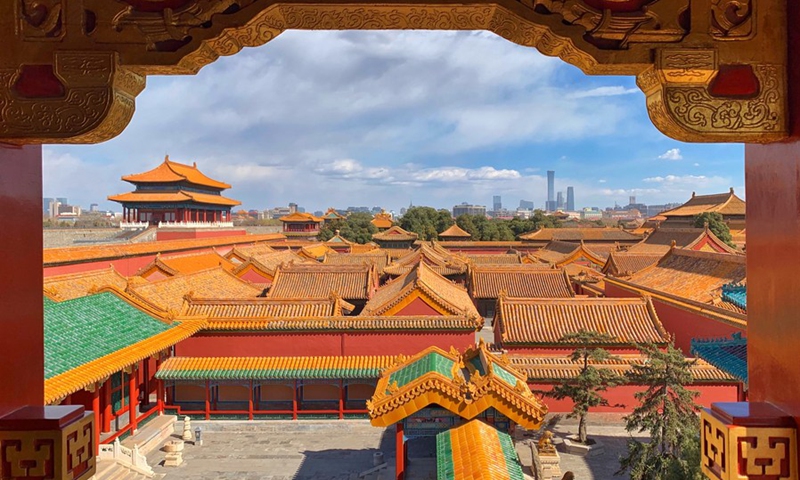 Twenty years ago, a massive national research project was launched to explore the origin and early development of Chinese civilization. In retrospect, the project has made remarkable achievements. Recently, Xi Jinping, general secretary of the CPC Central Committee, praised the project for “providing its own definition of civilization and its solution for developing a more civilized world, which has made creative contributions to research on the pursuit of origins of the world”. civilization.”

Culture and civilization reflect the spirit and identity of a country and a nation. China’s 10,000-year cultural history and over 5,000 years of civilizational history illustrate the development of a sense of community among the Chinese people and how Chinese of all ethnic groups are united in the diversity. These are the cultural resources and heritages on which the path of Chinese modernization and the new form of human civilization are based.

History is a manual for learning and a mirror for seeing the world better. Xi stressed the need to establish a “grand historical perspective,” and in-depth study of the history of Chinese civilization is precisely one of the implications of this perspective. Chinese civilization embodies the common values ​​of mankind, which embody traditional stories such as Under Heaven (Tianxia) and the harmonious coexistence of man and nature.

In the face of growing instability and uncertainty in the world today, all countries must understand the evolution of the world order and human development from long history and the tide of time. Keeping history in mind, the villagers of the world should subscribe to mutual appreciation rather than a clash of civilizations, and jointly promote the construction of a community of shared destiny for mankind.

China’s beautiful traditional culture reflects the wisdom and essence of Chinese civilization. It can provide useful information for governance and moral construction. One of the common elements that paves the way for understanding China, the Chinese people, the Chinese Communist Party and the Chinese nation is traditional Chinese culture, or more precisely, the most refined part of it.

Amid the interaction of global cultures, Chinese culture has stood the test of history and changes in the external environment. Its inclusiveness and openness have become even more unwavering. The reason why Chinese culture is so colorful and profound lies in its inclusive nature.

China has had its place and influence in the world, not through militarism or hegemony, but through the powerful appeal and attractiveness of Chinese culture.

As pointed out in the Resolution of the CPC Central Committee on the main achievements and historical experience of the Party over the past century: Confidence in one’s culture, which is a broader, deeper and more fundamental form of self-confidence, is the most essential, deep and lasting source of strength for the development of a country and a nation.

Building cultural trust is a systematic project. First, new measures should be taken to improve the institutional mechanism for the protection and discovery of traditional culture, and to strengthen its heritage and dissemination. It is advisable to strengthen the construction of “beautiful villages” in rural areas to increase the sense of participation and cultural belonging of the populations. As one of the main agents of change and progress in society, the younger generation should be better equipped with traditional cultural knowledge, for example by putting more effort into thematic educational activities.

Second, with cultural exchanges getting stronger and stronger, China’s soft power will increase. Actively participating in cultural exchange is an important way to enrich one’s own culture. For example, cultural communication and think tank dialogue are an integral part of cooperation between countries along the Belt and Road Initiative.

Third, Chinese culture makes contributions of Chinese solutions to global governance. By virtue of Chinese culture’s ability to keep pace with the times, China recently proposed the Global Development Initiative and the Global Security Initiative, respectively, to offer responses to the current development and security deficits in global governance.

The world is facing major changes unprecedented in a century, and the global pandemic has taken a disproportionate toll on vulnerable people. Various social tendencies are in fierce competition, populism, de-globalization and xenophobia are on the rise, and the principles of the UN Charter and multilateralism are being challenged. In this context, the history of Chinese civilization and the common human values ​​rooted therein will hopefully provide a useful vision for better developing international cooperation and improving global governance structures in the post-era era. -pandemic.

The author is an associate professor at the Central Bureau of Compilation and Translation. [email protected]

IT COSMETICS LAUNCHES “CONFIDENCE AT WORK” TO HELP BOOST WOMEN’S…

A 70 ton vote of no confidence at Meghalaya House