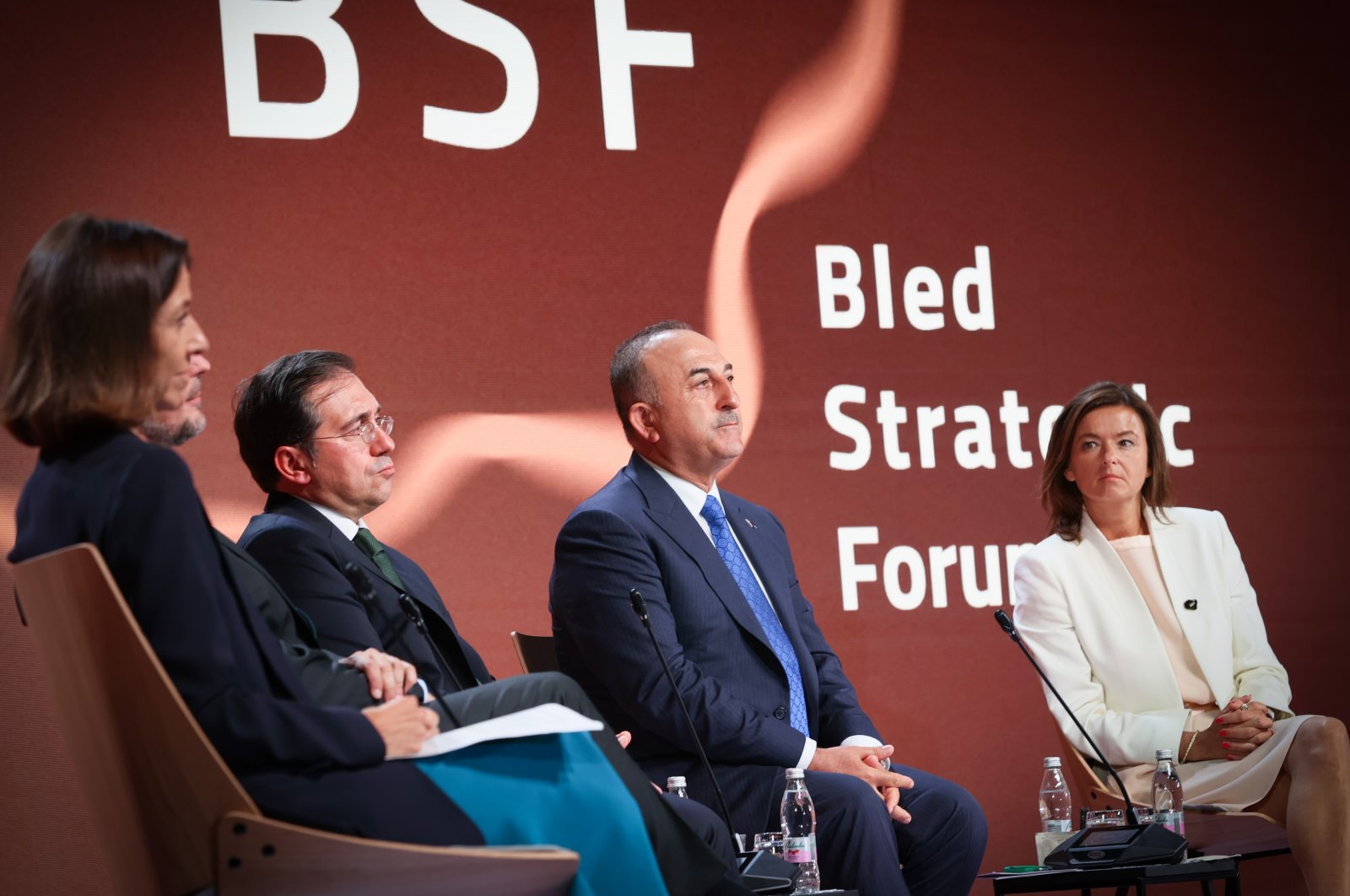 “Confidence-building measures, such as the exchange of prisoners of war, also went well. We also played a mediating role for this purpose,” Mevlüt Çavuşoğlu told a panel during the 17th Bled Strategy Forum. in Slovenia.

Pointing out that there have been “terrible wars in the history of Europe, between Turks and some Europeans”, Çavuşoğlu said those times are now over and “true friendship in Europe” has blossomed.

“So this war, today or tomorrow, sooner or later, will be over. We don’t know how long it will take,” he said, stressing that the important thing is to learn from it in order to avoid the same mistakes in the future.

Also wondering how countries would adapt to new realities, Çavuşoğlu said a “negotiated solution” to the war was “much easier to achieve in the first weeks” of the conflict.

Referring to meetings between Ukrainian and Russian delegations in the Turkish cities of Antalya and Istanbul earlier this year, the top diplomat said things had changed since then and it was “not so easy” to reach a negotiated solution.

“After the disturbing images we saw from Irpin and Bucha, things have changed. But now there are new realities on the ground. Unfortunately, some cities, other than the Donbass region of Ukraine, have fallen “We are talking about peace, but it must be mutually accepted. But it must be, at the same time, a just peace for Ukraine… the territorial integrity of Ukraine must be essential,” said he added.

Stressing that these new realities will “definitely” be reflected in future negotiations”, Çavuşoğlu said the parties’ positions on the status of the Crimea and Donbass regions have also changed.

The Turkish minister affirmed that Ankara is engaged in a separate and continuous dialogue with Kyiv and Moscow, adding that his country has “good relations, of course, with Russia and Ukraine”.

“In the meantime, of course, we have a position of principle and we support the territorial integrity of Ukraine. We provide support, perhaps more than many other NATO allies, to Ukraine. And at the same time, we are also in dialogue with Russia, and that the dialogue has borne fruit,” said Çavuşoğlu, adding that this dialogue was the reason why the historic July agreement which guaranteed Ukrainian grain exports had worked.

Turkey, the United Nations, Russia and Ukraine signed an agreement in Istanbul on July 22 to resume grain exports from three Ukrainian Black Sea ports, interrupted due to the Russian-Ukrainian war, which is in its seventh month.

A joint coordination center with officials from the three countries and the United Nations has been set up in Istanbul to oversee the shipments.

Since the first ship left Ukraine under the deal on August 1, 56 ships carrying at least 1.3 million tonnes of agricultural products have left ports, according to Çavuşoğlu.

“I hope it will be an unhindered operation,” he added.

Noting that Türkiye has been involved in confidence-building measures between the two sides since the start of the war, Çavuşoğlu said these measures include the grain deal, talks between Russian nuclear company Rosatom and the International Atomic Energy Agency (IAEA).

“I hope this will pave the way for achieving a ceasefire, a truce and a lasting peace,” he added.

Çavuşoğlu also confirmed that there had been “secondary channels” between the two countries’ presidents “from the beginning” in addition to negotiations between Russian and Ukrainian delegates.

Furthermore, Çavuşoğlu met his Slovenian counterpart, Tanja Fajon, on the sidelines of the 17th Strategic Forum in Bled.

“On the occasion of the 30th anniversary of our diplomatic relations, we discussed regional developments, in particular Bosnia and Herzegovina, with Slovenian Foreign Minister Tanja Fajon,” Çavuşoğlu said on Twitter.

He also “discussed the latest developments in Ukraine” as well as bilateral relations with Polish Foreign Minister Zbigniew Rau.

“I met my Kosovo counterpart Donika Gervalla-Schwarz at #BSF2022. Welcomed the agreement reached on border crossings between Kosovo and Serbia,” Çavuşoğlu also tweeted.

The Turkish minister also met separately with his Spanish and Montenegrin counterparts.

“I met FM Jose Manuel Albares from Spain at @BledStratForum. We discussed the latest developments in #Ukraine, #Libya and #NATO enlargement,” he said.

Keep up to date with what is happening in Turkey, in its region and in the world.

Specialty Business of the Year in the South West: A solid reputation gives the business the confidence to grow