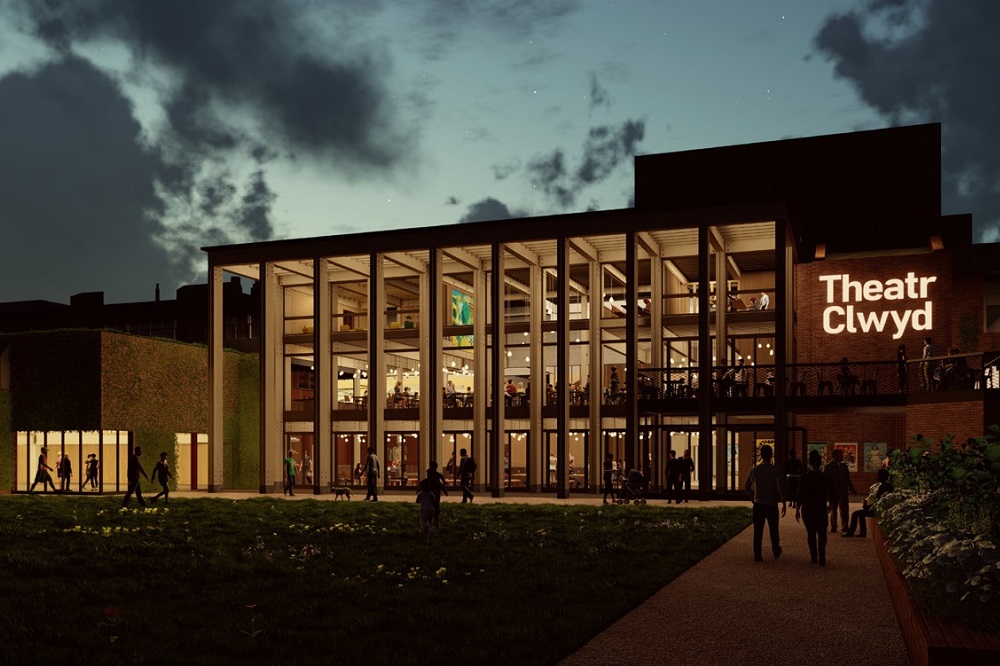 Theatr Clwyd is on track to meet its £5million target to support the redevelopment of the iconic building, thanks to major philanthropic donations.

Some of the world’s biggest private philanthropic funders have pledged to support Mold’s arts-based charity and its major capital redevelopment plans, amounting to the highest amount raised by a theater in Wales , including £1.5 million from the Moondance Foundation, their biggest single ever. donation made to an arts organization in Wales.

The donation from the Moondance Foundation – which supports organizations that have a transformational impact in communities across Wales and beyond – will fund safe, natural and accessible spaces, specially designed for the needs and use of young people, as well only to support the environmental sustainability of the building.

In addition to the Moondance Foundation donation, the private and public fundraising goal received £500,000 each from the Wolfson Foundation, the Garfield Weston Foundation, plus another donation from an anonymous local philanthropist.

Additionally, a pledge of £300,000 from the Esmée Fairbairn Foundation will allow the organization to continue its award-winning community work during construction.

These creative commitments initiatives include projects with at-risk youth, those suffering from early-onset memory loss and dementia, and school-based civic responsibility programs such as the award-winning Justice in a Day program.

Theater bosses say the funding will ensure well-equipped rehearsal rooms, high-tech theaters and open avenues for new artists, practitioners and creatives, ensuring the development of world-class artistic products and talent in the country. of Wales,

The redevelopment of Theatr Clwyd has been described as one of Wales’ most culturally significant projects – described by the Welsh Government as essential to bringing social, economic and cultural benefits to North Wales.

Private and philanthropic donations support public funding from the Welsh Government, the Arts Council of Wales and Flintshire County Council.

Liam Evans-Ford, Executive Director of Theatr Clwyd, said: “When we started this momentous journey in 2017, we were told we were unlikely to raise more than £2million in private investment for a theater in Wales.

“Thanks to the generous support of these major funders, we have already reached £3m.”

“This is an uplifting vote of confidence in Theatr Clwyd, our values, the quality of our theatrical creation and our deeply important community work.”

Diane Briere de l’Isle Engelhardt, Founder and President of the Moondance Foundation, said: “Clwyd Theaters are exceptional – leaders in their field, ambitious, innovative – all with community at the heart of what they do.

“We knew, without a doubt, that we had to make their voices heard and ensure the continuation of their innovative work.”

Paul Ramsbottom, CEO of the Wolfson Foundation, said: “Our level of commitment – ​​the highest for a performing arts project in Wales – reflects our enthusiasm and support for the ambitious vision of Theatr Clwyd. for the Flintshire community and for the arts of North Wales.

Theater bosses said his pledge to the Garfield Weston Foundation will be a ‘crucial element’ in Theatr Clwyd’s fundraising campaign and ‘will ensure broad access to the arts for all in society, through improved creative infrastructure vital”.

Charlotte Mulliner, Head of Fundraising for the Esmée Fairbairn Foundation, said: “Theatr Clwyd plays a vital role in the wider Mold and Flintshire community, not only for arts and culture, but also for bringing people and organizations together. to create thriving and inclusive communities.