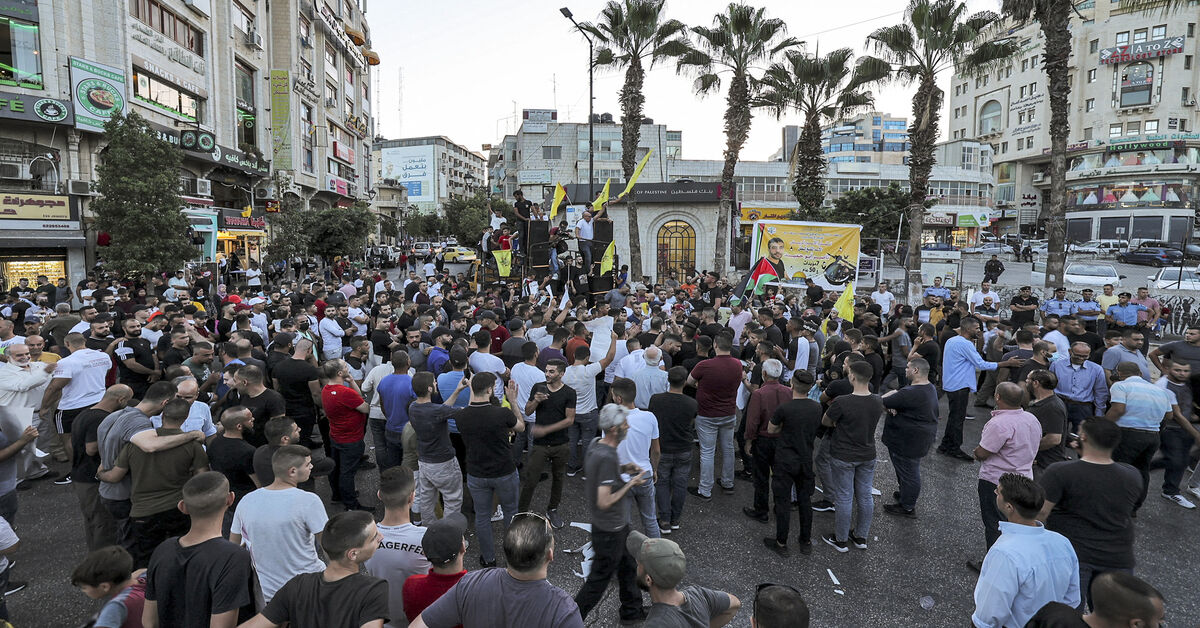 The Abbas-Gantz meeting aroused criticism and angry popular and factional reactions, especially since it neglected the political dimension, instead of focusing on the security and economic aspects. The meeting was preceded by repeated statements made by Israeli Prime Minister Naftali Bennett that he will not participate in the launch of a political process with the PA and will not allow the creation of a Palestinian state.

A few hours after the meeting, the Palestinian Minister of Civil Affairs and responsible for liaison with the Israelis, Hussein al-Sheikh, announced that the Israeli government had approved 5,000 family reunification requests for Palestinians. The next day he tweeted that 4G mobile communications will soon be available in Palestine. Sheikh is one of the main leaders of the Fatah movement and is very close to Abbas. He was one of the main actors in organizing the Abbas-Gantz meeting and the first to announce it in a tweet, claiming that the meeting discussed â€œPalestinian-Israeli relations in all their aspectsâ€.

Gantz’s office said, however, that the meeting discussed issues of security, civil and economic policy, without making reference to the political issue. He also confirmed that Israel will lend the Palestinian Authority 500 million Israeli shekels ($ 155 million) to alleviate his financial crisis. The loan will be repaid out of tax funds that Israel normally collects on behalf of the Palestinians.

All these steps apparently did not please Prime Minister Mohammad Shtayyeh, who is also a member of the Central Committee of the Fatah movement. In statements On August 31, he declared: â€œWe want to end the occupation and establish a Palestinian state on the 1967 borders with Jerusalem as its capital with the right of return, not the maintenance of the status quo and the improvement of conditions. life under occupation. â€œHis statements reflected his position on the measures announced with the Israeli side, but remarkably, they were not published on the website of the official Palestinian news agency Wafa.

The difference of opinion regarding the recent rapprochement between the PA and Israel was apparent between Shtayyeh and Sheikh. While Shtayyeh stressed the need to end the occupation rather than improve living conditions, Sheikh posted on his Twitter account a photo of dozens of citizens queuing outside the headquarters of the General Business Authority. civilians in Ramallah. He commented: â€œPeople demanding family reunion flock to update their data at the offices of the General Civil Affairs Authority. Who are we to believe? Those who hold on to their right and appreciate achievements, no matter how small, or those who launch slogans and promises.

It seems that the PA’s recent rapprochement with Israel has not been made known to many Palestinian institutions and leaders. A source within the PLO’s executive committee told Al-Monitor on condition of anonymity that the committee had not been consulted on any of these steps.

After being appointed prime minister, Shtayyeh presented a disengagement plan with Israel and went to great lengths to implement it. He banned the importation of calves from Israel and toured abroad to import oil from abroad in order to dispense with Israeli electricity. His plan seems to have hit the wall and failed. Not only do the recently announced confidence-building measures run counter to his plan, but rather, they are aimed at strengthening relations between Israel and the Palestinian Authority, all with the support and blessing of the United States.

In a meeting with reporters on September 7, Shtayyeh claimed that the US administration had nothing to offer, noting that Gantz had come to Ramallah late last month to discuss matters unrelated to the aspect. Politics. Al-Araby Al-Jadeed newspaper quoted him describing the recent movements as a “false pregnancyAnd asserting that nothing has been put on the table, and that no one has anything to fill the void – not the Americans, not the Arabs, or the Israelis.

Shtayyeh confirmed that Abbas raised the political issues during his meeting with Gantz, but the latter offered instead building permits in Israeli-controlled Area C, 5,000 approvals of family reunification applications and 500 million dollars. shekels. He argued that it was a maneuver to contain the conflict without resolving it. “We will not say no to those who offer facilities to the Palestinian people, but we affirm that the problem is the occupation, Jerusalem and the fragmentation of the geography,” he noted.

It seems that the differences that have emerged between the PA and Fatah leaders are not primarily about how to deal with Israel, but rather are the efforts of internal parties to prepare for the post-Abbas stage.

Writer and political analyst Jihad Harb told Al-Monitor that conflicting statements between Fatah and PA leaders reflect differences between them under next step arrangements. “All parties are trying to show the public the extent of their attachment to central issues,” he said.

Harb added, â€œThere are no fundamental differences between these leaders. Shtayyeh and members of the Central Committee and the Palestinian Authority are all pushing for demands related to services, including compensation funds, financial transfers, outside support and other life-related issues, not just political issues. They do not disagree on approach, line of thought and policy. Their differences are linked to their future personal arrangements, especially in view of the exceptional circumstances in which we live and the absence of a clear mechanism for democratic transition in the event of a sudden vacancy of the post of President.

He said internal rivalries do not mean systematic opposition. â€œEven the government’s economic disengagement program has been challenged and the experiment of banning the importation of calves from Israel as a first step in this program has been unsuccessful,â€ Harb concluded.