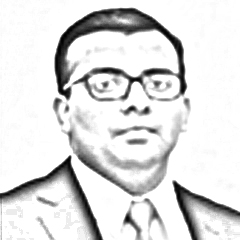 Early Warning System (EWS) is the provision of timely and effective information; enable vulnerable communities to avoid or reduce risk. It is an integration of four main elements: knowledge of risks, monitoring and forecasting, dissemination of information and intervention. EWS are recognized as an effective tool to improve preparedness and response to natural hazards.

Social benefits include mitigating loss of life and property, while financial benefits include limiting the extent of disaster damage through rapid evacuation from vulnerable areas and taking mitigation measures. , reducing the cost of disaster response for the state and reducing the cost of losses for citizens. The 2012 RRC policy emphasizes the importance of SAP. It aims to reduce vulnerability and risk by identifying and monitoring trends in vulnerability and hazards. It aims to build multi-hazard early warning capacity and strengthen disaster preparedness and response capacity.

The national multi-hazard EWS plan was prepared in 2012 by NDMA with the assistance of JICA. Its implementation period was 10 years, with a review after five years. Objectives include optimal preparation, timely warning for evacuation, emergency responses and rapid damage assessment. Four strategies have been identified for the implementation of the SAP plan. The first strategy focuses on strengthening disaster forecasting through projects to make optimal use of existing SAPs (upgrading) as well as the purchase and installation of new SAPs. The second strategy aims to prepare hazard maps for vulnerable locations to serve as a basis for the formulation of the localized disaster management plan. The third strategy concerns the strengthening of early warning dissemination systems because a communication system is essential for the rapid dissemination of warnings to all stakeholders simultaneously without hierarchy. The fourth strategy is to develop the capacity of the SAP as it is structured by facilities and equipment whose initial and operational costs for sustainability are quite low and economical.

Key shortcomings facing disaster risk reduction mechanisms include a reactive mindset among officials, who always focus on relief rather than preparedness.

The total cost of implementing the DRR plan was $1,040.90 million, of which the cost of setting up early warning and multi-hazard evacuation systems was only $188.50 million (18%), while the cost of infrastructure development for disaster risk reduction was $707.6 million (68%). After 10 years, the plan is still not fully implemented, while the SAP part has been partially implemented. And the recent floods have exposed poor preparation in the worst way possible.

Pakistan Metrological Department (PMD) deployed weather forecasting system to monitor heat waves, torrential rains and snow storms, flood warning system (assisted by WAPDA, Irrigation Department) , a GLOF warning system and a drought forecasting system. In addition, GSP has an earthquake warning system and NIO is equipped with a tsunami warning system. PMD has 117 metrological observatories to record and monitor weather data, 70 of which are Automatic Weather Stations (AWS). The requirement for Pakistan, as per international standards, is 551 leaving a gap of 434 AWS. The estimated cost of these AWS is Rs 13.677 billion, which can be acquired through international climate finance, namely the Global Environment Facility (GEF) and the Green Climate Fund (GCF) in three years. Adequate AWS availability would result in more accurate warning of disasters.

PSDP spending on DRR is highly skewed as the only procurement of two weather surveillance radars is underway at a cost of Rs 3.4 billion, while the “Tsunami 10 Billion Tree Programme” is running at a cost of Rs 125.184 billion. Too much emphasis is placed on one project while ignoring others. Moreover, no significant disaster warning system projects are included in PSDP expenditures, mainly due to a lack of political will and limited fiscal space.

Pakistan started climate change initiatives in 1971, and even after 50 years, all grassroots efforts in Pakistan suffer from fundamental problems. Key shortcomings facing disaster risk reduction mechanisms include a reactive mindset among officials, who always focus on relief rather than preparedness. In addition, the lack of links, lack of communication and coordination, insufficient funding and duplication of work further aggravate the situation. Recommendations:

Educate officials – shift in mindset from relief to preparedness and removal of overlaps in NDMA and other laws. Add a timetable in the 2010 NDMA Act to specify the responsibilities of the various organizations.

Amend the Punjab Emergency Services Act 2006 to bring it in line with the NDMA Act 2010 and abolish District Emergency Councils and District Disaster Management Committees to avoid overlap with DDMAs .

Amending Section 31 of the NDMA Act and Provincial Finance Acts and requiring Provincial Ministries of Finance and the Federal Division of Finance to release one (01%) mandatory expenditure for disaster management before releasing the first installment development funds for each project. Similarly, the addition of Section 31-A in the NDMA Act: 0.5% of 01% will be allocated for preparedness and the remaining 0.5% will be invested in a reserve fund for relief and rehabilitation .

Early warning systems should be installed and information should be disseminated via PTA and mobile apps. EWS, as envisaged in the National EWS Multi-Risk Plan, 2012, at a cost of USD 1,040.90 million, should be implemented as soon as possible, preferably through development funds or grants international. Automatic Weather Stations (AWS), 434 in number, are expected to be deployed at an estimated cost of Rs 13.677 billion, which would result in more accurate warning of disasters

The writer works in a public policy think tank. It can be attached to saudzafar5@gmail.com.