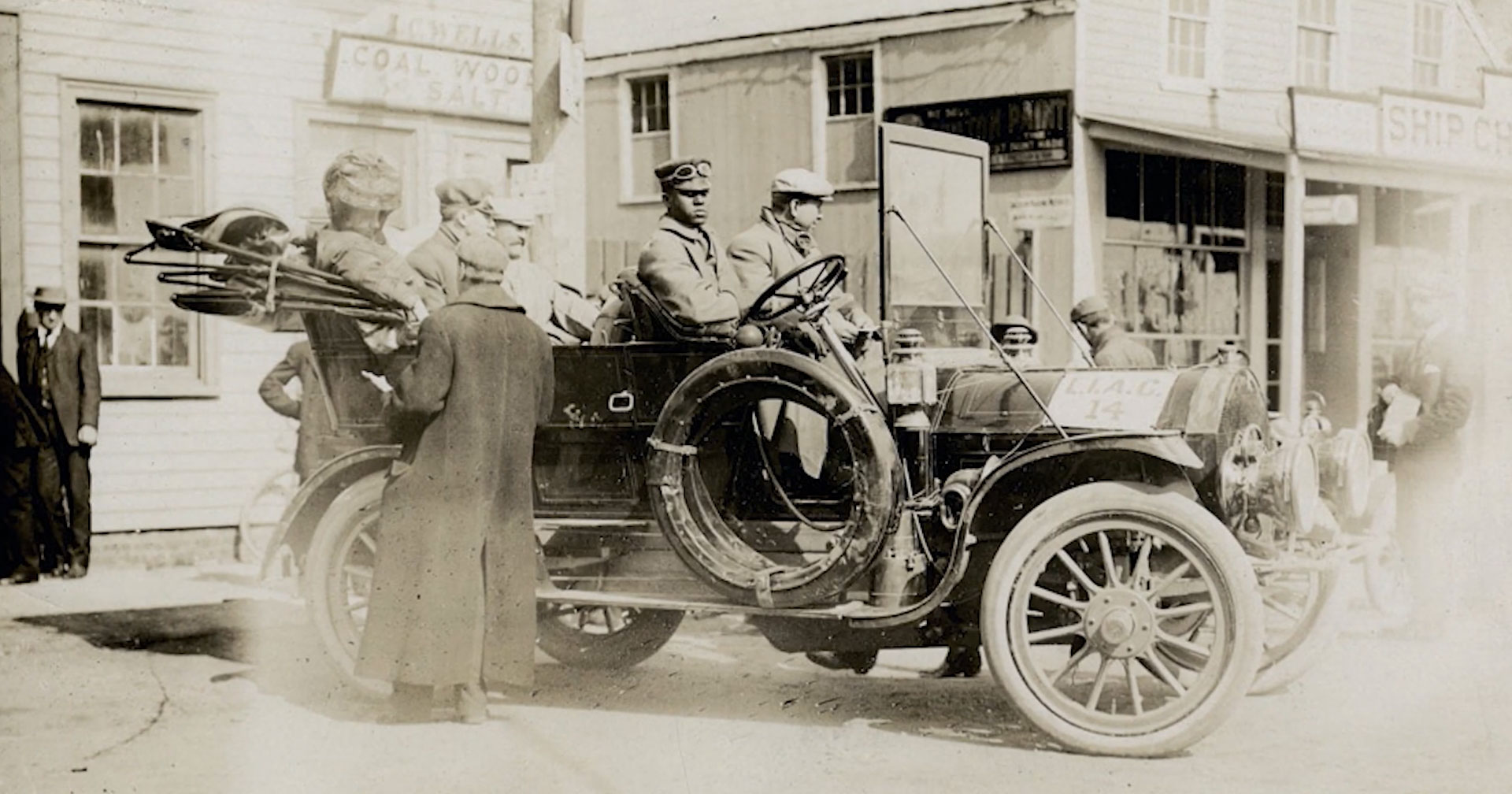 New research from an award-winning University of Toronto historian will offer rare insight into the unwritten and intertwined histories of technology and the Black experience in New York City over the past 200 years.

Led by Edward Jones-Imhotep, the project, Black vapor, Blacktop and Black light, will explore how the technologies of steam, combustion engines, and electricity played a role in the lives and identity of black New Yorkers between the 19th and early 20th centuries.

The project stems from Project Black Androids, a research initiative launched last year that focuses on the stories of racialized automatons created between the late 18th and mid-20th centuries in New York City. Driven by steam, mechanical and electrical technologies, the development of androids, which perpetuated racist representations of black people, led Jones-Imhotep to reflect on how technologies shaped other aspects of black life.

“Although their surface represents a kind of black technological dishonesty, the mechanisms that drove these androids were, elsewhere in New York, a very rich part of the lives and cultural experiences of black New Yorkers,” says Jones-Imhotep, director and partner. professor at the Institute of History and Philosophy of Science and Technology.

With $5,000 from the IGNITE grant, Jones-Imhotep and eight undergraduate research assistants will continue to analyze and mobilize findings from this historic period for a wider audience. The results will be taught in two new courses, an undergraduate course and a graduate course called Technological undergrounds. The two will investigate the history of race and technology.

The work of the Jones-Imhotep research team focuses on three themes. black vapor will investigate the place of steam technology in black technological agency in late 19th and early 20th century America. Steam provided fugitive technology to American slaves, including American orator and abolitionist, Frederick Douglass, during the Civil War and was a site of black invention and economic progress thereafter. Jones-Imhotep’s investigations focus on a series of alleged black “revenge plots” that targeted steam trains between 1890 and 1915 and presupposed advanced technical knowledge.

Meanwhile, Asphalt explores the lives of black mechanics during the rise of gasoline-powered vehicles in Manhattan between 1880 and 1910. The team traces how black mechanics established their own mechanic shops in response to attempts by white drivers to monopolize the car industry. city ​​drivers.

“We are witnessing a white plot to sabotage the cars of black drivers in New York around 1912 and 1913. In response to this, black drivers created their own network of garages,” says Jones-Imhotep.

“We are very interested in knowing exactly how these garages came to be part of the identity and experiences of Black New Yorkers up to this time.”

Based on fire insurance cards, classified ads and the extensive correspondence of sociologist and activist WEB Du Bois, Black light traces the cultural geographies of electricity in Harlem between 1905 and 1930. Jones-Imhotep is interested in how electricity technology – used to whiten skin, remove freckles and signal black respectability – has helped draw class lines and worldviews in Harlem during its transformation into a hotbed of African-American culture in the early 20th century.

Jones-Imhotep thinks these stories can travel beyond New York City, leaving potential for more research and collaborations to document them. For the time being, the team will continue an important work of archiving, library research and the development and use of personalized digital tools to bring the project to fruition.

This is probably just the tip of the iceberg. It’s a technological story that we could explore in other cities and around the world.

“By deploying different innovative and imaginative techniques, reading things back, looking at photographs, we can begin to uncover this incredibly rich technological history that exists in New York City,” Jones-Imhotep says.

“I think New York is probably just the tip of the iceberg. It’s a technology story that we could explore in other cities and around the world.

This is probably just the tip of the iceberg. It’s a technological story that we could explore in other cities and around the world.

The campaign for the University of Toronto

Meet your candidates: see the priorities of the royal candidates’ discussions