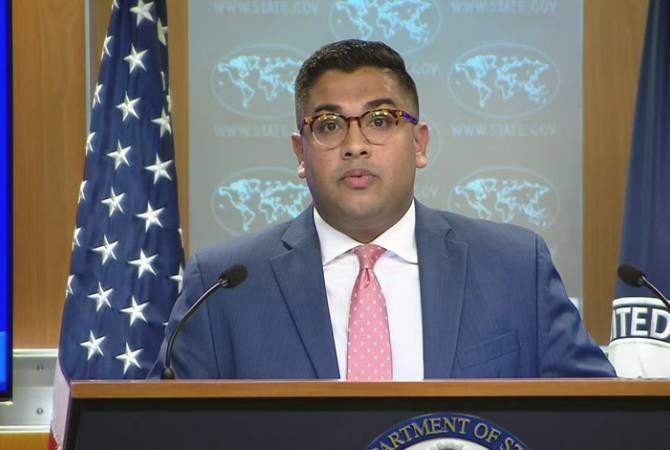 YEREVAN, OCTOBER 8, ARMENPRESS. The United States is particularly pleased with the progress of an EU observation mission that will be sent to the Armenian-Azerbaijani border and this mission has the potential to build confidence between the two parties, the spokesman said US State Department Senior Deputy Vedant Patel at a press conference. Report.

“..we are encouraged by the meeting of the President and Prime Minister of Armenia and Azerbaijan yesterday, and we welcome the efforts of President Macron and European Council President Michel to create momentum behind a peace process And we are particularly pleased with the progress of an EU observation mission in the region, and this mission has the potential to build trust between the two sides and continues to strengthen the negotiations between Armenia and the ‘Azerbaijan,” Patel said of the meeting in Prague.

Armenia and Azerbaijan have confirmed their attachment to the United Nations Charter and the Alma-Ata Declaration of 1991, by which the two parties recognize the territorial integrity and sovereignty of the other. They confirmed that this will serve as a basis for the work of the delimitation commissions and that the next meeting of these commissions will take place in Brussels at the end of October.

Armenia expressed its agreement to facilitate the EU civilian mission along the border with Azerbaijan. Azerbaijan has agreed to cooperate with the mentioned mission as far as it will be concerned. The mission will begin its work in October, for a maximum duration of two months. The objective of the mission will be to build confidence and, through its reports, to support the border commissions.