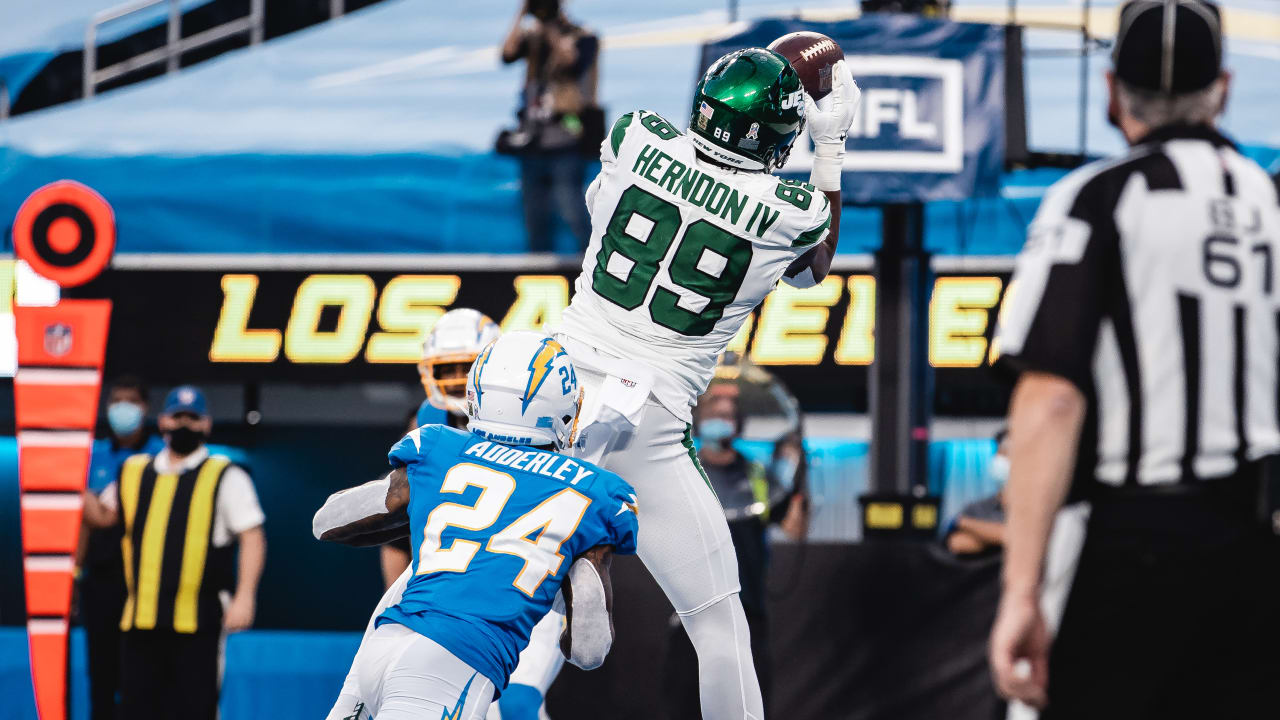 Chris Herndon’s first Thanksgiving as an NFL player was memorableâ€¦ for all the wrong reasons.

â€œRookie year, I forgot to coordinate the house I was going to go to,â€ Herndon said. â€œI also forgot that the stores closed early. So my rookie year my meal was cereal. I went to CVS. I was desperate. I had chips and a dip, I went to CVS. tried to make it festive.The main course was cereal of a certain type of Cheerios.

â€œI sent my family a photo and they all laughed at me. They said ‘we told you, you always wait until the last minute to plan things.’ “

Nothing was open. Pizza? Chinese food?

Until last Sunday in California, it was a tough season for the University of Miami Jets third-year tight end. After a solid training camp, Herndon’s challenges matched those of the team’s offense – few things seemed to be going right.

“There was a lot of self-inflicted things – falls, fumbles,” Herndon told Bart Scott and Dan Graca on the Inside the jets Podcast. “[Sunday] It was really good to see me succeed again and to be encouraged by my teammates. “

Against the Chargers, Herndon dropped the first pass sent by QB Joe Flacco. The first reaction was: let’s go again.

â€œWe really hope he can build on this game,â€ said head coach Adam Gase on Monday. “I hated seeing him give him that first throw. Coming back and watching the movie, he didn’t turn his head. He was trying to look at it, and I thought he had room to run. To see it. doing the only crossover hold with the linebacker in his face was a big game in the game [a 26-yard gain]. Seeing him being successful knowing how hard he worked, seeing him do everything right, seeing him being successful is a big plus point for us. “