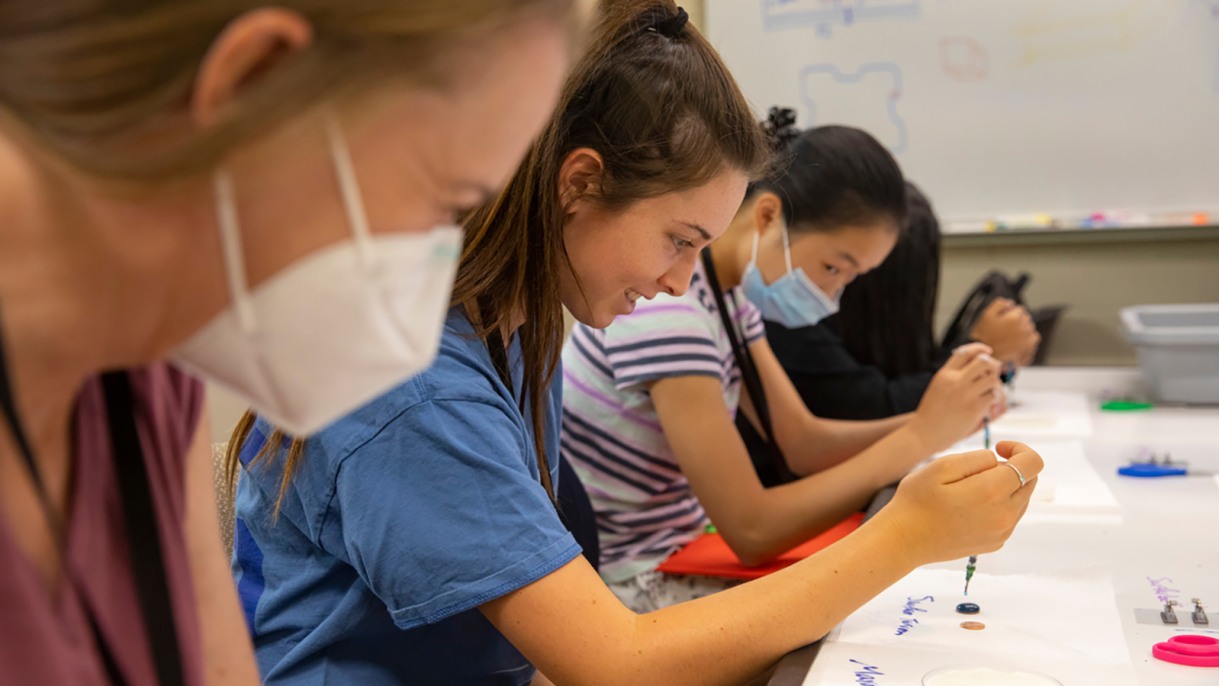 With an emphasis on experimentation and computation, Girls Get Math introduces students to mathematical concepts not often included in the traditional high school curriculum. Faculty leader Katharine Ott, who has been running the program since 2014, hopes it can demonstrate how exciting and fun studying math can be to boost girls’ enthusiasm for math and science at school. age when they often begin to lose interest and confidence.

“We’re trying to show students a side of math that they haven’t seen for a long time, and unfortunately by then they’ve already lost interest,” said Ott, an associate professor of mathematics at Bates College. and member of the ICERM Education Advisory Council. “We want to demonstrate different kinds of math – places where you can be super creative and collaborative, and where problems are open-ended. That’s a 180 of what a lot of students come across in their math classes.”

Emerson Maccarone attended Girls Get Math as a rising sophomore because she was eager to find new opportunities to flex her math muscles outside of her standard algebra and geometry classes.

“When you’re in school, they don’t necessarily show you how mathematical concepts are applied in the real world,” she said. “Girls Get Math gave me that real app that was missing in the classroom. They helped me realize that there is so much I can do with a math degree, from engineering to modeling, and that’s why I kept studying math and realized that’s what I want to do in college.”

Today, Maccarone is majoring in math and minoring in business at Villanova University and plans to work in finance on Wall Street after graduating next year.

Keeping students like Maccarone and Siegel interested in math early in their high school careers is key to closing the gender gap for women in science, technology, engineering and math fields, say program managers. While the number of STEM careers continues to grow rapidly, women still hold less than a third of those jobs, according to the US Department of Commerce. Math skills are also vital for other professions where women are underrepresented, including banking, finance and business.

ICERM Director Brendan Hassett said Girls Get Math’s mission is to introduce a variety of career opportunities in which sophisticated mathematical ability plays a key role.

“It’s important for us to be proactive in doing what we can to break down those barriers and to bring as many people into this work as possible,” he said. “This has huge implications for science and technology, but math is also important for understanding data and making policy decisions. It’s important to make sure everyone has access to these skills.”

Cineworld on the verge of bankruptcy after the Covid crisis