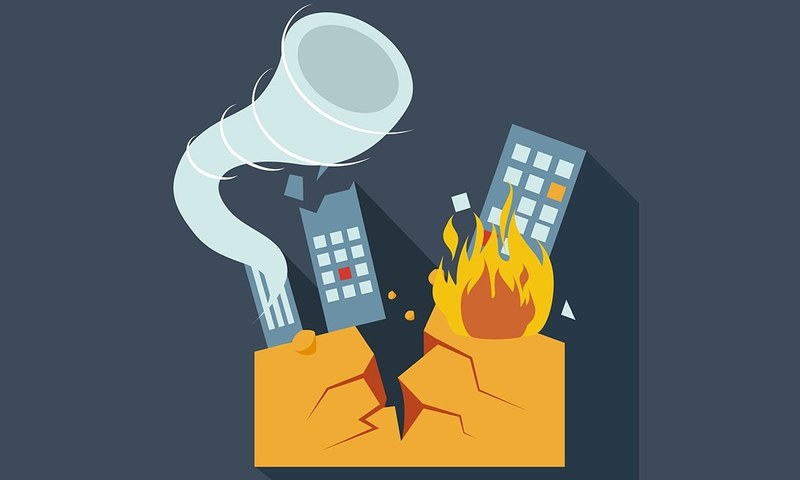 Three years ago, while working on a campaign to resist the construction of nuclear power plants in Karachi, I helped organize a few dialogue sessions bringing together stakeholders around a table for a series of discussions on the topic. During one of these meetings, the representative of the Pakistan Atomic Energy Commission was asked if his department had a nuclear disaster or tsunami evacuation plan. While explaining that the commission followed the directives of the Pakistan Nuclear Regulatory Authority for an evacuation plan within a radius of five kilometers around the plant, he also replied nonchalantly: “If there is a tsunami on a large scale, there will be no more Karachi. What will an evacuation plan be used for?

The representative’s attempt at comedic relief did little to appease a worried public bogged down by the grim scenario of the possible fallout from a nuclear disaster in the city. However, it was revealing of how various people and institutions seek to take advantage of Karachi’s commercial potential but are less interested in their obligation to public safety.

This could be very dangerous for a city vulnerable to various natural and man-made disasters: earthquakes, tsunamis, cyclonic storms, industrial accidents and terrorist activities. In recent years, the city has also experienced heat waves. Added to this are occasional incidents such as the drowning of 41 people on Sea View beach on Eid day in 2014 and the recent spread of chikungunya due to poor sanitary conditions – 4,000 cases of the disease have been reported. reported from November 2016 to March 2017.

Urban flooding in apparently well-developed areas such as northern Nazimabad, northern Karachi, Orangi, Malir, Drigh Road and Nipa are the latest addition to these disasters.

Industrial accidents are more and more frequent. In September 2017 alone, at least four industrial accidents were reported in the city within 10 days. Despite their frequency, no corrective action has been taken in the form of the implementation of improved occupational health and safety regulations.

Instead, the authorities have shown a lack of serious criminality towards public safety. And it has been for a long time.

In the 2012 fire tragedy in the town of Baldia, when at least 250 people were burned to death, firefighters ran out of water amid efforts to control the massive blaze. It appeared that this was due to the fact that the water supply to the area of â€‹â€‹the Sindh Industrial Trading Estate (Site), the largest industrial zone in the country, where the factory was located, had been interrupted due to the non- payment of invoices.

The 2015 heatwave blatantly exposed the limited capacity of mortuaries in a city of 16 million people. Apparently, the city did not have the capacity to handle the roughly 1,000 deaths that occurred in the space of five days. Instead of tackling the structural issues responsible for the disaster and preparing for another possible heat wave a year later, authorities have erected a few tents and water coolers in important localities to provide temporary shelter to those who stay away to work.

This poor preparation is also manifested in the extremely compromised fire department. According to the mayor of Karachi, only 22 fire stations and four fire trucks are operational in the city while at least 230 fire stations are needed. The ratio of high-rise buildings stands at 10 percent of Karachi’s built-up area. For this construction landscape, the available fire tubas cannot exceed eight stories.

The Karachi Building and Town Planning Regulations 2002 prescribe a fire piping system with a fire brigade approved inlet fitting and at least one fire extinguisher on each floor, but it is still not not implemented. Residents of apartments or occupants of office spaces in skyscrapers never receive training on emergency evacuation or are made aware of the dangers they may face.

The tragedy of last year’s fire at the Regent Plaza Hotel and Convention Center reveals how the emergency exit plan failed to prevent the loss of at least 11 lives.

Every disaster in Karachi – natural or man-made – is followed by the usual blame game between departments and political parties vying for power. While hundreds of research studies point to the lack of effective disaster response mechanisms, lack of interdepartmental coordination, and unplanned city development, it is undeniable that Karachi is run by those lacking in the skills and ability. skills needed for the job.

What really stands out after each disaster is the political score. Disaster response is seen as a spectacle where different groups, institutions and businesses publish their rapid response actions for the consumption of a very opinionated media. Another bad service on their part is the announcement of compensation. This limits disaster response to monetary benefits while completely weakening the constituency of disaster management in the city. Much like the development of Karachi, the disasters of Karachi are also becoming political opportunities for stakeholders competing for political and commercial interests rather than to generate an agenda of public safety and welfare.

This was originally published in the October 2017 issue of the Herald. To learn more, subscribe to the Herald in print.