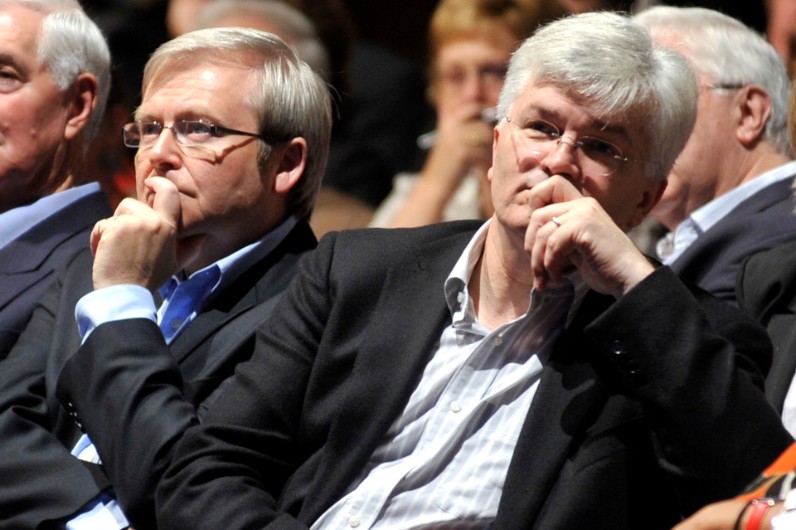 The appointment of Glyn Davis as Secretary to the Prime Minister and Cabinet Department is welcome.

He may be an ‘outsider’ at APS, but he has experience as the head of the Queensland Civil Service, has been a specialist in public administration for many years and, as a vice-chancellor of two of our best universities, he managed very large and complex public organizations.

He’s also not easily pigeonholed in terms of personal political leanings despite his past ties to Kevin Rudd (rumoured to include an offer to be Rudd’s PM&C secretary in 2007).

His chairmanship of the Ramsay Foundation as well as his leadership of the universities of Melbourne and Griffith suggest respect for traditional liberalism and give confidence that he can return the post of PM&C secretary to non-partisan professionalism.

His standing both domestically and internationally also puts him in a good position to help the Albanian government address the big challenges it faces – the economy, foreign relations, leading our response to climate change and finding climate change. Consensus for Constitutional Change to Provide Indigenous “Voice”.

His personal style suggests the ability to bring together expertise within APS and leverage knowledge and skills elsewhere, including in academia.

He was a member of the APS Thodey Review. Arguably, more than any of the other members, he has endeavored to strengthen his evidence base by commissioning a series of research papers from ANZSOG.

He will want to see the recommendations rejected by the Morrison government revisited by the Albanian government, but he will be open to changes and improvements recognizing the limitations of the Thodey report.

But before he can help the prime minister and civil service minister (presumably Katy Gallagher) consider those recommendations, he and the APS commissioner will have to advise on further secretarial appointments (assuming that ‘they won’t be done this week, before Davis takes up his new role).

This will follow the Prime Minister’s announcement of a new Administrative Arrangements Order, expected this week.

Hopefully the AAO will lead to a much better alignment between Cabinet ministers and the civil service, with a return to the portfolio arrangements that have served the Hawke, Keating and Howard governments so well.

If so, there will be several new departments, so almost every cabinet minister will have their own portfolio department and every government function will be represented in the cabinet.

With at least one retirement looming, it seems likely that there are at least four more secretarial vacancies to be filled. With some reshuffling of the current secretaries as well, the APS leadership has the opportunity to present a whole new face without any politicization; indeed, without involuntary stops.

Davis and APS Commissioner Peter Woolcott need to be very careful when advising the Prime Minister on these appointments, looking at possible candidates both within and beyond APS who can provide the political skills and necessary management skills, build constructive relationships with ministers and have the leadership qualities needed to nurture a stronger and more capable service.

They should not be concerned with the perception of winners or losers, only who could best address the respective portfolio challenges and provide the required leadership. These appointments offer a great opportunity to initiate a rejuvenation of the APS.

While the government can take quick action to remove staff caps and limit spending on consultants, contractors and labor, Davis and the APS commissioner, along with a new finance secretary , can then help Senator Gallagher pursue more fundamental changes, drawing, in part, on the Thodey Report.

Marcos’ team wants to eliminate the POGOs. Here’s how it can affect…