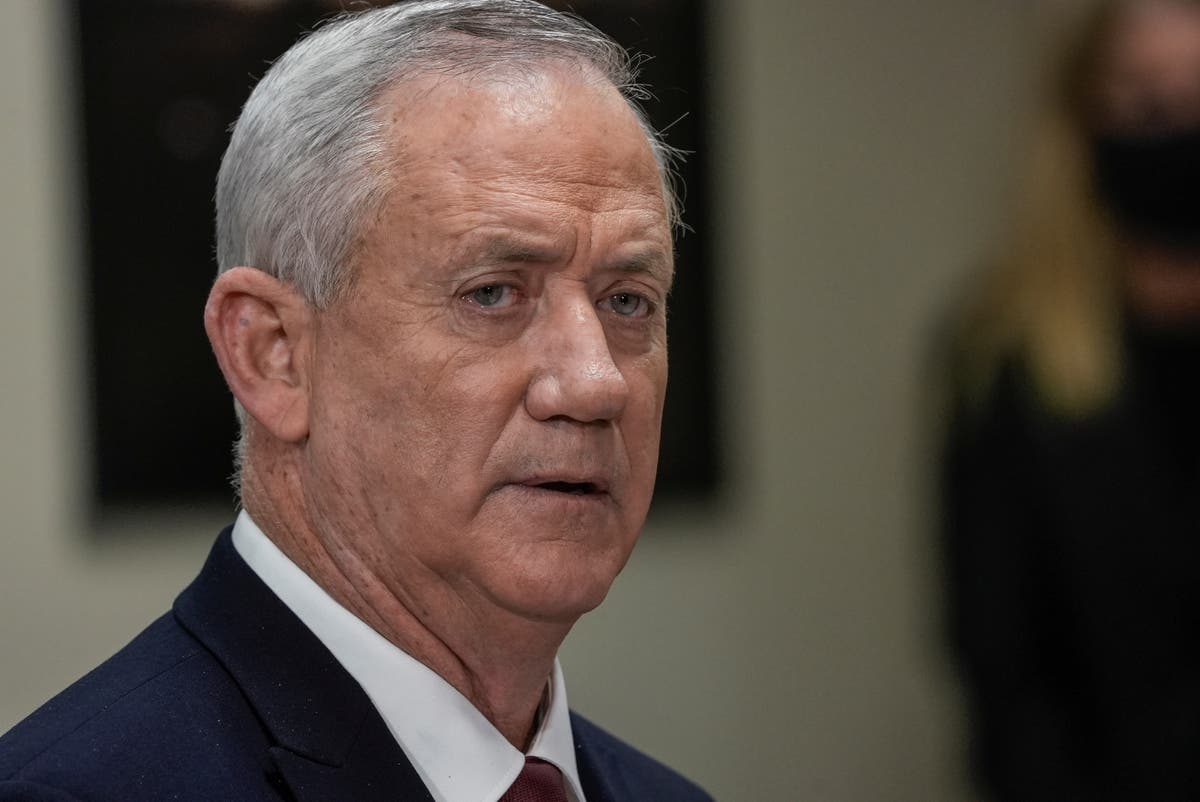 The Israeli defense minister endorsed what he called a series of “confidence-building measures” after welcoming Mahmoud Abbas to the Palestinian president’s first meeting in Israel in a decade.

Benny Gantz had the rare talks with Abbas at his home in Tel Aviv, where they discussed security coordination between Israel and Abbas’s Palestinian Authority, which administers parts of the occupied West Bank.

It was the second meeting between the two leaders in six months and raised faint hopes of some movement in the long-dead peace negotiations.

Palestinian official Hussein al-Sheikh said during talks on Tuesday they discussed “the importance of creating a political horizon” to resolve the Israeli-Palestinian conflict.

In a statement released on Wednesday, however, Israel’s Defense Ministry spoke only of “confidence-building measures,” including facilitating the entry of hundreds of Palestinian businessmen and public figures into Israel and approving the move. resident status for thousands of people in the West Bank and Gaza Strip. It also included the transfer of tax payments to the Palestinian Authority.

Gantz himself did not mention the peace negotiations, which collapsed in 2014 after the failed US-backed talks.

“We discussed the implementation of economic and civil measures, and stressed the importance of deepening security coordination and preventing terrorism and violence – for the well-being of Israelis and Palestinians,” did he declare.

The measures are a small step forward, however.

Israel’s Defense Ministry said after the meeting that Gantz had approved the registration of some 9,500 Palestinians, including 6,000 in the West Bank, who lived in the territory captured by Israel in the 1967 war, without official status.

3,500 other people from Gaza will also receive residency documents, the ministry said.

Israel also collects hundreds of millions of dollars in taxes on behalf of the Palestinian Authority – a vital source of funding – as part of the interim peace accords signed in the 1990s. However, Israel has withheld funds for Palestinian Authority grants to thousands of families whose loved ones have been killed, injured or imprisoned in the conflict, an initiative that Israel says funds terrorism.

The transfer of tax payments to the Palestinian Authority will be a much needed funding accelerator for cash-strapped Palestinians.

However, the Israeli government remains bitterly divided on the issue of the Palestinians and the Palestinian state. Prime Minister Naftali Bennett’s coalition includes a wide range of political opinions, from right-wing settlements to parties led by Palestinian citizens of Israel.

Mr. Bennett himself is a supporter of settlements, which are considered illegal under international law, and strongly opposes a future State of Palestine.

His government has so far shown no interest in relaunching peace talks, but has said it wants to reduce rising tensions between the two sides by improving living conditions in the occupied West Bank.

Yair Lapid, the country’s foreign minister, expressed his support for the meeting, saying on Twitter that it was “important to both Israel’s security and its international standing.”

â€œSecurity and civilian coordination with the Palestinian Authority are essential to Israel’s security and are led in a responsible and professional manner by the Minister of Defense. He added.

But the meeting drew criticism from the Israeli opposition, including members of former Prime Minister Benjamin Netanyahu’s Likud party, the largest in parliament.

Hamas, the militant group that runs Gaza, also criticized the meeting, saying it divided Palestinians at a time when it claimed there was an increase in settler attacks against the Palestinian people in the occupied West Bank.

Recent months have seen an upsurge in Israeli settler violence against Palestinians in the West Bank and Palestinian attacks against Israelis in occupied East Jerusalem and the West Bank.

In a separate incident, the IDF said a civilian was injured by gunfire from the Gaza Strip, the first case of cross-border violence along the border of the Palestinian enclave in months. The military said it responded with tank fire at several militant Hamas positions in the Gaza Strip.