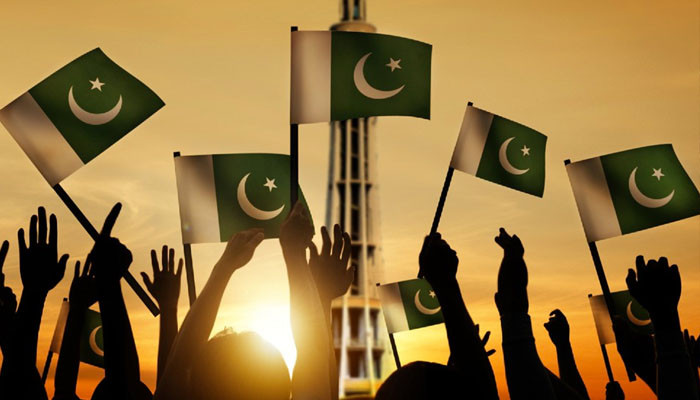 Two Sundays ago, in the first round of presidential elections, Brazilians rejected President Jair Bolsonaro, the “Trump of the Tropics” and champion of divisive politics.

Bolsonaro calls his opponents scoundrels, thieves, vultures. He constantly tugs at the courts and the electoral system, seeking to discredit them preemptively. Although mired in corruption, he rants against os corruptos. He skillfully uses the tools of our time – social media, press, television – to deceive the people with lies and half-truths, spreading hatred and inciting violence against political opponents.

If such disreputable antics, widely referred to as populism, sound so familiar to Pakistani ears, it is because rabid right-wing populists follow the same playbook in Brazil, Pakistan, the United States, Hungary, Poland , India, etc. institutional differences between countries, but their fundamental characteristics show striking parallels.

So what are these core characteristics that define populists? How do they harm democracy? And how to face them?

In short, the answer to the first two questions is that populists undermine parliamentary authority, the rule of law, and institutional checks and balances. And, by attacking electoral agencies, the press and the judiciary, they seriously threaten the very foundations of democracy. Sweden’s V-Dem institute tells us in its latest democracy report that as a result, the current level of global democracy has fallen to 1989 levels, erasing all the democratic advances of the past 30 years.

Several recently published books give more insight into the populists’ playbook and clarify the ongoing political unrest, clamor and confusion. In ‘Democracy Rules’, Jan-Werner Muller writes: ‘populists see themselves as morally pure crusaders fighting against corrupt elites. They always make it immediately personal and they make it entirely moral, which means that the parties that oppose it are illegitimate and corrupt”.

“Populists are masters of spin,” write Guriev and Treisman in “Spin Dictators: The Changing Face of Tyranny in the 21st Century.” They hire pollsters and consultants, organize citizen appeal shows, manipulate the media, mobilize trolls, hackers and social networks to distort information and create popularity. When the facts are good, they take credit for them; when they are bad, they ask the media to obscure them when possible and provide excuses when not. Poor performance is the fault of external conditions or enemies. And the disappointing results are presented as even better than what others could achieve…Such leaders survive for a time, eroding the reputation of their country. But so far, they have all been dismissed to face corruption charges!

Populists follow a similar path to success: after years of political obscurity during which they are not taken seriously by the people, they gather around them a group of passionate fans. And suddenly, with the help of strong state institutions, they are in power. Once there, they make a mess. Why? Because deceptively simple populist solutions to complex problems are neither effective nor relevant, such as: honest leadership will root out corruption and straighten out public finances, remittances abroad will provide needed foreign exchange, a heavy dose of Religious education will abolish social evil, giving incentives to the wealthy will accelerate growth whose benefits will eventually trickle down to the working people. Meanwhile, they are cutting social programs, handing out gifts to the wealthy, and increasing war spending with no apparent effort to add up the budget numbers.

The result of four years of such policies in Pakistan is more inequality, further economic decline and strained public finances. Democratic institutions are so emaciated that we are now referred to by the Swedish V-Dem Institute as “electoral autocracy” (not electoral democracy) alongside unsavory regimes like Hungary, the Philippines, India, Nigeria, Egypt, etc.

After four years of populist rule, the country is doing poorly. And the populists are exposed. Their rhetoric is hollow. Yet they do not fade away, which brings us to the final question: how do we confront the populists?

The answer is that the populists will not disappear unless the government proactively confronts them with two actions: first, to do everything possible to convince the people of the promise of democracy, which incidentally is a task mandated by the Constitution – preserving democracy ‘achieved through the unceasing struggle of the people against oppression and tyranny;’ And second, it must quickly address the long-standing populist demands of working people who are being left behind by the disruptions and inequalities of our unjust economic system. This requires bold and expansive programs to build rural infrastructure, social programs to support the poor, such as providing meals to school children across the country, and running water and sanitation in villages, building schools, increasing the minimum wage and give more cash support to the poor. .

Unfortunately, on this front, the government’s response so far has been far too weak and far from bold enough. His pro-rich policies and economic rhetoric driven by fear of damaging business confidence will eventually fuel populist anger. This is not only bad economics, but also a repeat of the failed policies of its populist predecessor. And the predecessor seizes every negative news as proof that the government is doomed. None of his criticisms should be taken seriously, however, because it is an illusion to believe that workers’ interests are best served by populists.

Yet there is a real dilemma before the government: to survive, it must very soon provide significant assistance to the poor. But that, alas, is one political area where he usually drops the ball.

The author is an independent contributor. He can be reached at: [email protected]

The power of mana