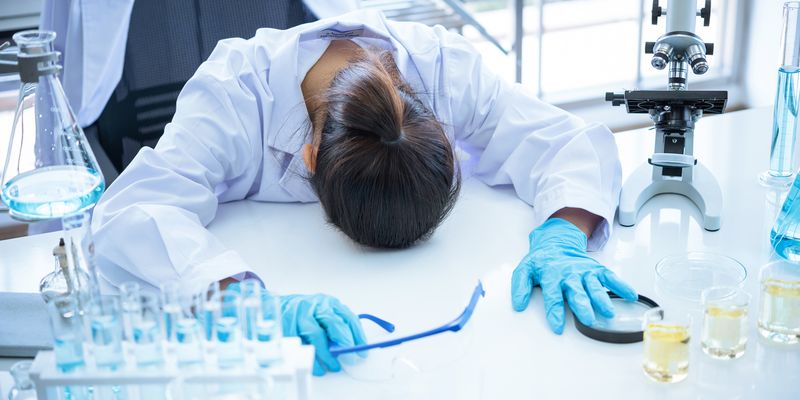 PITTSBURGH, Pa. — Social unrest due to systemic racism is causing psychological distress among early-career scientists from underrepresented backgrounds, according to the new results from a research survey conducted by scientists at the University of Pittsburgh. Such distress is a red flag as academic institutions across the country strive to improve diversity.

But less than a third said social unrest had had a negative impact on their ability to work, and survey participants were more than twice as likely to say their mentoring relationships had had a positive impact rather than negative.

“Responses to open-ended survey questions gave the impression that people may have positive feelings about mentoring because they are starting to talk about the racial justice movement and getting affirmation of their feelings of from their mentors,” said Dr. Gretchen White, assistant professor in Pitt’s School of Medicine and lead author of the study, published in the Journal of Clinical and Translational Science.

“Our results reinforce the positive impact of mentoring,” she said. “But mentorship is not the only answer. I would be remiss if I did not point out the incredibly harmful effects of psychological distress. People may have found ways to deal with this stress at work, but we know that early career scientists from underrepresented backgrounds leave their careers disproportionately.

The survey was conducted as part of the Building Up a Diverse Biomedical Research Workforce (Building Up) trial, which is testing approaches, such as mentoring and networking, to improve the retention of early career researchers who are underrepresented in the health sciences, including people who identify as Black, Hispanic, or female, have a disability, or come from disadvantaged backgrounds.

A total of 144 early career researchers from 25 academic institutions participated in the survey; 80% were female, 35% were black and 40% Hispanic.

Following the survey, the researchers interviewed some participants to better understand the results.

“Many participants described work environments riddled with overt discrimination and isolation from other people of color,” White said. “I love science and research, but doing it in a work environment that is unsupportive and sometimes hostile is upsetting and stressful. Being inclusive and having diverse researchers, like myself and others, enhances science and discovery for the benefit of society as a whole.

– This press release was provided by the University of Pittsburgh

7 People on the Move: Risk & Insurance