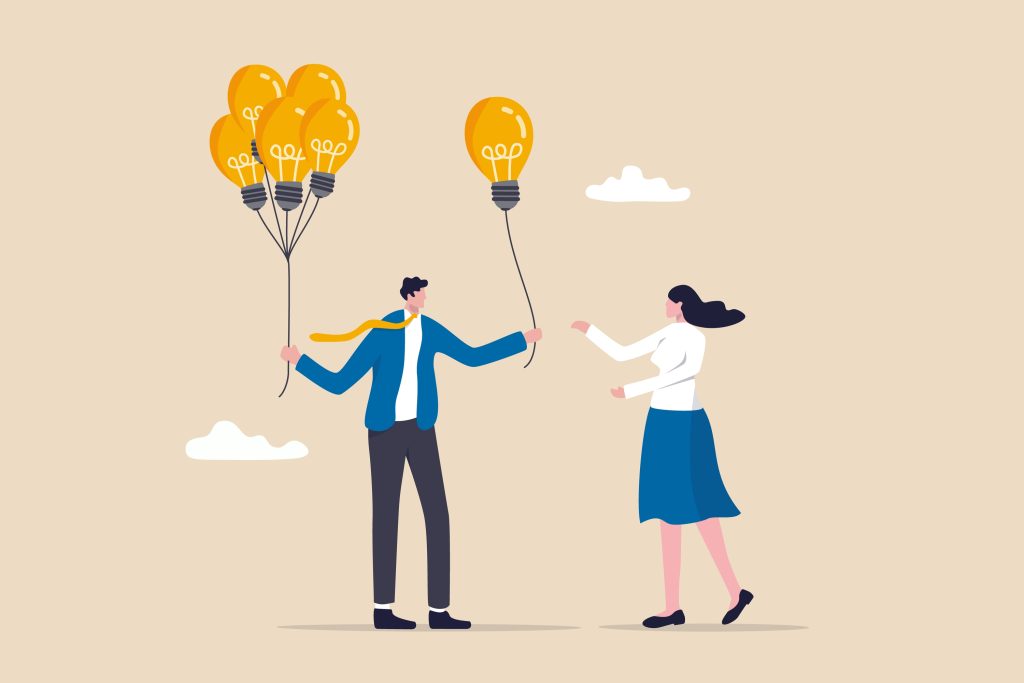 A mentorship program to encourage undergraduate students to consider a career in ground engineering is now two years old. Helen Russell talks to mentors and mentees about the difference it has made for them.

The moment of Ebenezer Adenmosun’s light bulb came during a technical committee meeting of the Federation of Pile Specialists (FPS) about three years ago.

“I looked around the room and realized that the only woman there was the one taking the minutes, and the only non-white person was myself. It seemed very strange, especially since we were in the middle of London, one of the most cosmopolitan cities in the world,” he recalls.

Although the experience was nothing out of the ordinary in his professional life, this time around, for some reason, it really hit home, prompting him to think about what he could do to remedy his this imbalance.

His desire to make a difference led to the creation of the Ground Forum Undergraduate Mentorship Programwhich is now coming to the end of its second year.

After his revelation, Adenmosun – who is a director of Geofirma Consultants – decided to raise the subject with Steve Hadley, then president of the FPS. Although they didn’t know each other at the time, Adenmosun says Hadley’s public profile suggested he would be receptive to the need to improve diversity and inclusion in their industry.

The two agreed that if they wanted to make a difference in the industry, one of the best ways was to start with the primary entry point and try to encourage more students from diverse backgrounds to consider a career as a ground engineer in construction. Civil engineering students are not always aware of the opportunities in construction, while those studying geology are more likely to go into the oil and gas sector where there is an obvious career path and high financial rewards.

The main goal of the program, which launched in the fall of 2020, is to put undergraduate students who want to learn more about industry opportunities with those who have been in it for some time. There are workshops to help students develop presentation and interview skills and help them create effective CVs, but the main benefit identified by mentees was access to a professional network.

In many cases, they found internships through mentors or their contacts. Also, the opportunity to talk to people in the industry and the work they do was invaluable.

It certainly fits some mentors, especially those who come from underrepresented groups that Adenmosun is keen to attract. 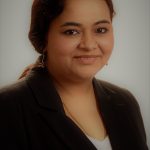 Bhagi Hegde is the Principal Geotechnical Engineer for Infrastructure at Atkins, where she has worked for 14 years.

Less than a year after moving to the UK in 2005, she met Adenmosun while on secondment: “We’ve stayed in touch ever since, and whenever I see any FPS or Ground Forum initiatives , I see names that are familiar to me; us such a strong network and it has been incredibly helpful to me. I feel connected and involved; It gives me confidence to know that I am not alone in the industry, that I have people that I can relate to, who will understand my situation and the difficulties that I have had in my career.

In the first year of the program, Adenmosun explains, they had about 20 mentors and 40 mentees.

“We could have had more mentors because we had to turn down some applicants,” he recalls. “We didn’t want to overload the mentors and we had to make sure that the students benefited enough.

“Ideally, I would like it to be an individual process,” he adds. “It’s also about developing them personally, acting as a sounding board for them, building their confidence and making them more complete students. That’s what I appreciate the most. » 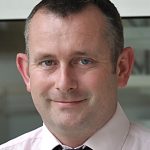 Mentor Matt Smith, who is the COO for Expanded, remembers getting one of his mentees to visit a large construction site for the first time.

“I realized after about 30 seconds that he wasn’t listening to me – he was just looking around and recording everything, and he was hooked on the spot. It makes me really happy to be able to offer someone one that kind of experience.

Hegde adds, “The mentors tend to be busy because they are very active in their own work, which is actually the best thing about this program. They are professionals with links and contacts in the sector. It’s not a tutorial. We don’t give students lessons and manuals to read; it’s about helping them transition into the industry.

The free program is open to all undergraduates taking relevant courses, although the first class focused heavily on civil engineering, Adenmosun says, mainly because that’s where he and his FPS colleagues had contacts.

But as Smith explains, this limited options for mentees, hence the need to link up with the Ground Forum.

“Most of the members of the FPS are involved in structures – be it buildings, dams or bridges,” he says. “The involvement of other members of the Ground Forum has opened it up to well drilling, offshore, mining and the energy sector, which has provided more opportunities for those involved in the project – and even allowed me to better understand what is going on.”

In year two, there was a push not only to increase the number of mentors, but to broaden the reach; a movement that the organizers want to continue.

“It’s not just old people like me that we need,” smiles Smith, “it’s also good to get the fresh perspective of the younger ones. Even if they don’t want to be mentors, it’s good to get them talking with the students.

“The nature of contract work is that it can be very transient, so a big part of adjusting for new staff is learning life skills and getting used to living away from home and managing their own business, while trying to understand where they fit into a business or project. 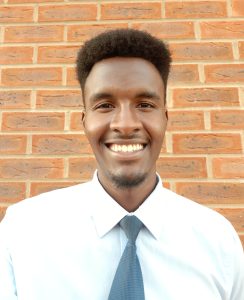 Muchai Mbugua has just completed the second year of a four-year integrated master’s degree in civil engineering at the University of Sheffield. He laughs, recalling his former ignorance of the soil engineering industry: “At the time, I didn’t even know that soil engineering was a ‘thing’,” he says. “I thought foundations were just designed the same as a beam or a column.”

He heard about the mentorship program when it launched in October 2020 through the university’s civil engineering department email newsletter. After doing some research, he decided to apply.

Mbugua was paired with Ebenezer Adenmosun as a mentor, and the two met online once every two months.

“In the beginning, besides giving me a much better understanding of ground engineering and what he does in his job, he helped me a lot with my resume.”

Mbugua wanted to improve his presentation skills, so Adenmosun set topics for him to research and present at later meetings.

“Because I was interviewing for internships, Ebenezer also asked me to share my experience with other mentees through an interview workshop,” he recalls.

“It was intimidating at first, but it was really good for me and helped me get the confidence I wanted for the presentation.” Adenmosun offered him an internship at Geofirma in the summer of 2021. Although he enjoyed the work and considers geotechnics his first career choice, he is keen to explore all options. 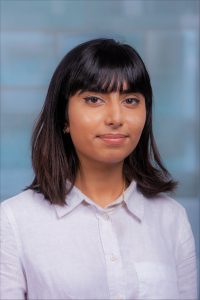 Jaya Basra has just completed a year-long industrial placement at Arup and will be returning to Loughborough University in the autumn to pursue the third year of her civil engineering degree. She joined the program in 2020 after receiving an email from the university urging students – especially women and those of black, Asian and minority backgrounds – to get involved.

She remembers the first meeting of the program participants. Due to Covid restrictions, it had to unfold as a huge Zoom call with breakout rooms where mentors and their assigned mentees could familiarize themselves, with organizers Adenmosun and Hadley showing up to introduce themselves.

Basra recalls that the opportunities offered by the program were largely student-driven, especially since the mentors are busy professionals.

“You can do as much or as little as you want. There are no rules or schedules for how often you meet or what you do.

“My mentor was very busy and unavailable initially, but I stayed in touch with her and she helped me with a mock interview. I also ended up getting a one-week placement at Central Piling because I asked if there were any available.

Basra chose to study civil engineering because she wanted to have the greatest impact on sustainability.

“But in my second year, I started to worry that I had chosen an industry that was one of the biggest contributors to carbon emissions, and there was nothing I could do about it.”

His mentors and industry experience have given him insight into the contribution engineers can make to sustainability through effective design. 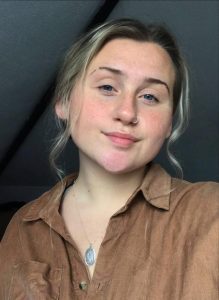 It was the draw that led Ellie Scott to study Engineering Geology and the Geotechnical degree at the University of Portsmouth. “My university lecturer suggested the course to me because I had done very well in geology – I was actually planning on going to the army,” she explains. “She made me flip a coin and that’s how I ended up in college.”

Scott admits that although she wasn’t initially keen on geology, when she started studying she found she really enjoyed it. But his knowledge of opportunities in the sector was limited: “Even in my first year, I didn’t know what career paths were open to me. So it was really good when I joined the Ground Forum program in my second year, because I met a lot of people from different backgrounds, and it opened my eyes to what was available .

Paired with mentor Matt Smith, she recalls a series of Zoom meetings, workshops that helped her develop her interview and resume writing skills. “We were split into small groups which made it easy to chat and network with people.”

Her current placement in the industry, which she is nearing the end of, has also been aided by contacts through the mentorship program – and when she had to be formally interviewed, all that practice has served her well.

“I have worked as a site engineer for WJ Groundwater at many High Speed ​​2 sites around Birmingham. The company specializes in water management, so we only work on sites that require dewatering,” she explains. “We have performed a number of pump tests and are providing data that engineers will use in design work.”

She now knows she wants to get into hydrogeology, having discovered its connection to the building process. She hopes to be able to continue this kind of work after she graduates. “I really enjoyed the experience of being there,” says Scott.

We need to build confidence to calm financial markets – BoG