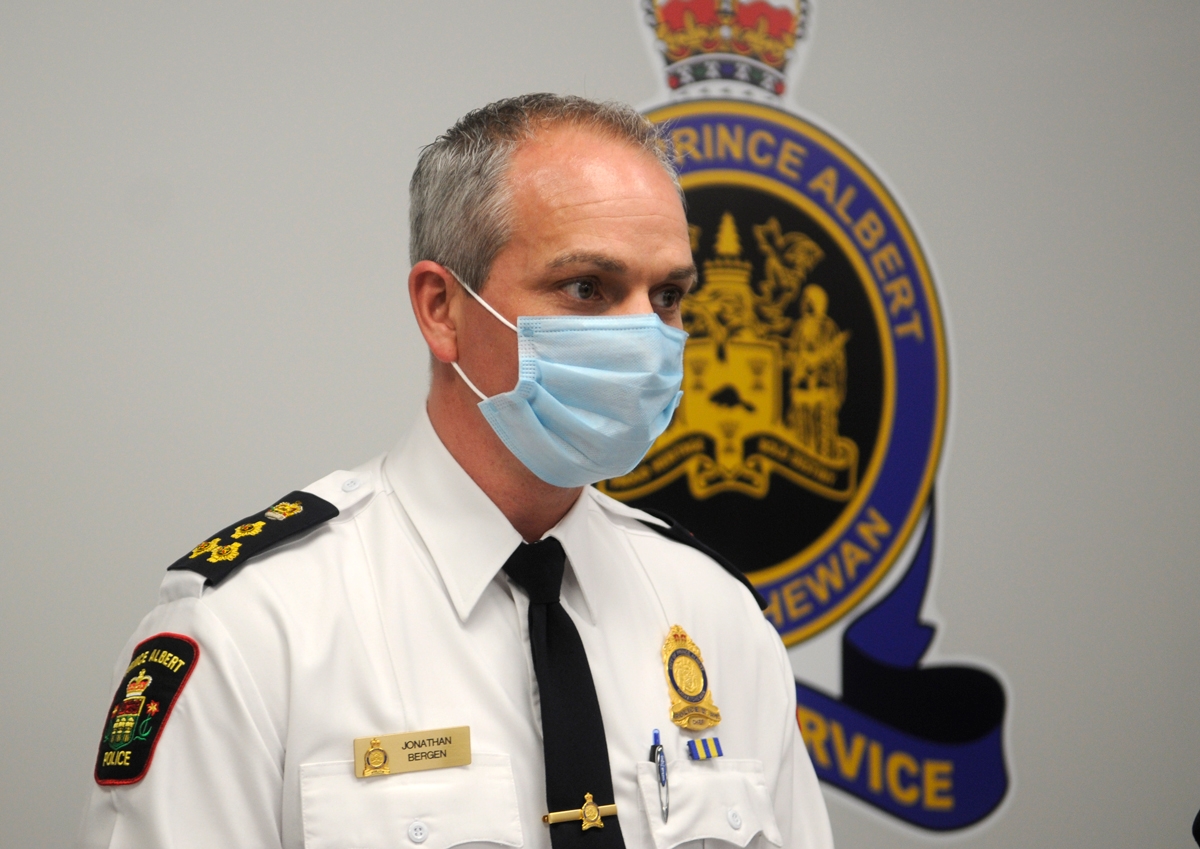 Police Association releases second vote of no confidence in chief

For the second time in two years, a majority of members of the Prince Albert Police Association (PAPA) say they don’t trust Police Chief Jon Bergen.

The association released the results of a recent vote of no confidence on Friday. The results show that 95% of voting members have no confidence in Bergen, up from 71% in July 2020.

Police Association President Josh Peterson said tension between the chief and rank and file officers had been growing for years and the board of police commissioners was out of step with the realities of the job. police.

“You’d think the council would want to know what’s going on in the building given the members’ growing distrust of the leader,” he said.

Peterson said he wants to engage the Prince Albert Board of Police Commissioners in a meaningful discussion about the deteriorating state of policing in Prince Albert.

The association moved its vote of no confidence to Bergen in two meetings on March 3. The APAP indicates that 92 of the 102 members of the association took part in the vote. The union represents police officers and police personnel in Prince Albert.

On March 7, following the 95% vote of non-confidence, the Association again contacted the Board of Directors to request a meeting to discuss declining morale, urgent safety concerns and growing problems within the Prince Albert Police Service.

The Board’s response to the meeting request was not received until March 10 and required a response from the Association the same day. The Association has agreed to meet with the Board of Directors on Monday March 14th.

Peterson said they released the information to the public to understand their frustration and convince the board to meet with association officials.

“We didn’t want to release these non-confidence numbers to the public and we told the board,” Peterson said.

“But by using this tactic with us, they gave us no choice but to turn to the public for help and let them know how bad things have gotten in their police department. “

Petersen said he and other officers grew frustrated with good officers leaving the service due to deteriorating conditions and the chief’s “reckless management style”.

Peterson argued that Bergen “relies on ruling by fear” instead of teaching and talking.

“The leader’s style does not include dialogue with officers or our partners in the community,” Peterson said. “He refuses to hear the opinions of others or engage in face-to-face communication with service members.”

Petersen said the impact of Bergen’s style hasn’t just been felt internally, saying the chief’s inability to work with others has caused rifts in the police department’s relationship with other police organizations. and with the service’s community partners.

The association said this had led to very significant safety issues, including a deterioration in the mental health of frontline police officers. Peterson said it was pushing these officers to the breaking point.

“Our officers are frustrated to see good officers either pushed over the edge or just leaving for other police departments,” he added.

As an example of the increased risk to officer and community safety, Petersen cited statistics that show general patrol officers struggle to meet community needs. In 2002, officers responded to 25,943 calls, with 12 members per shift. By 2021, that number had grown to 48,242 calls, with just 10 members, plus one rookie.

During that same period, Petersen said PAPS grew from one chief and two inspectors to one chief, deputy chief and four inspectors.

“General patrol has not seen a significant increase for almost 30 years, even though calls for help, the complexity of investigations and violence have increased enormously,” he added. “Decisions like this put officers and community members at risk.”

On a secondary issue, the Association expressed confidence in the Public Complaints Commission process which is currently reviewing the events leading to the death of Tanner Brass.

“We want to start the healing process as a police service and as a community,” he said.

Board of Police Commissioners Responds to Union

The Prince Albert Board of Police Commissioners called Peterson’s comments inaccurate and misleading in an emailed response to media late Friday afternoon.

Board chairman Darcy Sander, an education administrator and former police officer, said he was unimpressed with the association’s handling of the issue.

“It’s an understatement to say that the board as a whole is disappointed with Josh’s approach and comments,” Sander said in the statement. “Our police service and the work it does is built on standards of professionalism and good judgment. We are concerned that (these standards) are not demonstrated by Josh or his executive in this manner of conduct.

Other board members echoed Sander’s concerns.

“On Monday of this week, Josh Peterson sent his email giving the board an ultimatum, saying his leadership team was issuing a press release on Friday saying the members don’t trust our leader,” he said. said Janet Carriere, member of the board of directors.

“Josh said he gave us that long to find a ‘solution’. It’s in writing. It was unprofessional.

Carrier said the board has confidence in Bergen’s leadership and the direction the Prince Albert police are heading.

“Our Board of Directors is very engaged and knowledgeable about policing issues in Prince Albert,” said Carriere.

“We strongly support Chief Bergen’s initiatives to emphasize policing standards and member accountability in our Service. This week we learned from the Public Complaints Commission that we have five members whose standards and professionalism are currently under the scrutiny of independent agencies. We understand that it’s uncomfortable for members until due process ends, but now is definitely not the time to resort to deflecting or distracting tactics.

The board released a copy of the president’s letter responding to the association’s concerns. The letter is dated March 9, 2022.

Sander wrote in the letter that the board needed a quick response from the association to meet an agenda distribution line for Thursday, March 10 in order to hold a meeting on March 14. Sander wrote that this course of action was similar to requests made by the association’s executive in 2020-21.

Sheryl Kimbley, a longtime police commission board member, said it was an all-volunteer board with other duties and responsibilities, and responded to the request as quickly. as possible.

“We were able to meet the union’s meeting request in just a few days,” Kimbley said.

“We offered to adjust our schedules to meet them from Monday, March 14, in the week following the request. We offered another date if they needed more time to prepare together. We asked them to share their concerns with us. They never answered us. »

Sander said the union executive was trying to take a political route to influence change at the top of the Prince Albert Police Department. He also maintained that this was not the first time that the association had tried this course of action.

“We completed a process last March in which the union executive’s call to remove the chief focused on complaints related to board decisions and third parties,” Sander said. “This strategy was launched just weeks after their association sent a letter affirming their confidence in the leader. Everything is very well documented.

Sander said the union executive did not respond to requests to identify concerns from the police board.

“The recent issue reported to us that the executive discussed with Chief Bergen was a criticism of how he sent a matter of public interest to an independent investigation,” Sander added. “The issues raised in their press release were different.”

Mayor Greg Dionne, vice chairman of the police commission, said he believes “votes of confidence” are strategies of the past, which have long proven ineffective. Dionne said he would prefer the association to use a different approach.

“It is widely believed that in the last municipal elections, members of the union executive supported a mayoral candidate who made not-so-quiet commitments to them about the position of leader,” Dionne said.

“It’s not a big community, and people have a good idea of ​​who was disappointed when this candidate was unsuccessful. It’s the past. Our police officers have an important job to do and, as volunteer representatives of our community, our Board of Directors has full confidence in Chief Bergen’s commitment to maintaining strong professional standards and accountability in our police service.

Under the legislation, members of the police are responsible to Chief Bergen in the performance of their policing duties. sergeant. Peterson and four other affected members of the Prince Albert Police Service are elected by union members to represent the interests of its members to the Chief of Police.

Under Article 3.03 of the union’s collective agreement, the executive can schedule a direct meeting with the Board of Police Commissioners on matters that the union executive has first discussed in a transparent and meaningful way with the police chief.

A world of wonder, storytelling, self-confidence and talent for this gaming genius