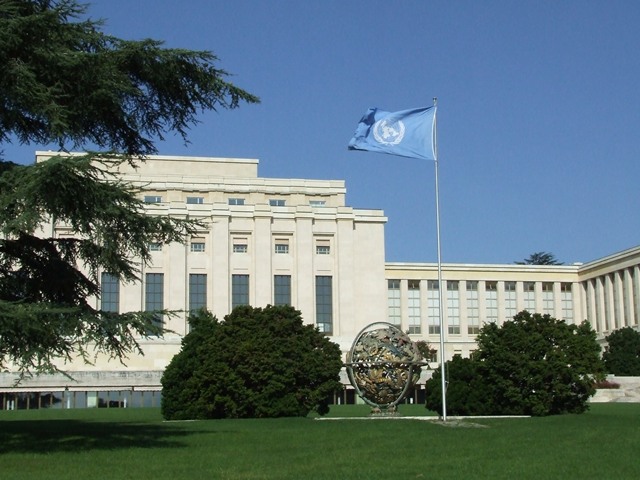 A decision establishing a rapid response mechanism for the protection of environmental defenders was adopted by the Meeting of the Parties to the Convention on Access to Information, Public Participation in Decision-making and Access to Justice. environmental justice (Aarhus Convention) at its seventh session. in Geneva, October 21, 2021.

It is the first such mechanism specifically protecting environmental defenders to be established within a legally binding framework, whether within the United Nations system or another intergovernmental structure. The decision marks an important step for the advancement of environmental democracy, helping to defend the universal right to a clean, healthy and sustainable environment – as recognized by the Human Rights Council earlier this month.

The 46 countries in the pan-European region and the European Union that are Parties to the Convention have agreed to establish a mechanism in the form of a Special Rapporteur on Environmental Defenders under the Aarhus Convention to provide rapid response to alleged violations. The role of the rapporteur is to take measures to protect any person who is or is the subject of an imminent threat of punishment, persecution or harassment for having attempted to exercise their rights under the Convention. Aarhus.

Whether it is groups protesting against the construction of a dangerous dam or individuals speaking out against harmful agricultural practices in their local community, conservationists are essential to preserving the environment through the world. Under Article 3 (8) of the Aarhus Convention, Parties shall ensure that persons exercising their rights in accordance with the provisions of the Convention are not penalized, persecuted or harassed in any way for their benefit. involvement. It is crucial that environmental defenders can exercise their rights under the Convention without fear. Sadly, parties, non-governmental organizations (NGOs) and other stakeholders have reported shocking cases in which environmentalists face dismissals, surveillance, heavy fines, threats and intimidation, criminalization, detention, violence and even murder for their environmental work. .

Incidents of harassment and violence against environmental defenders are far from rare. A report to the Human Rights Council by the Special Rapporteur on the situation of human rights defenders, Ms. Mary Lawlor, found that one in two registered human rights defenders killed in 2019 had worked with communities on issues of land, environment, impact of business activities. , poverty and the rights of indigenous peoples, Afro-descendants and other minorities. Among the Parties to the Aarhus Convention, incidents of persecution, punishment and harassment of environmental defenders have been reported in 16 countries since January 2017. For example, in 2020, after denouncing an oil project, two Environmental defenders in France have been harassed by authorities, including detentions at airports and house searches. In Bosnia and Herzegovina, in 2019, peaceful female protesters were subjected to excessive police force and misdemeanor charges, as well as being denied appropriate medical treatment, due to their environmental and human rights activism . This not only violated their rights under the Aarhus Convention and threatened their safety, but also likely deterred others from exercising their environmental rights. A report by a civil society representative in Ukraine said “at least 55 activists have been attacked in total since early 2017 and more than 40 in the past 12 months.” More worryingly, in 2019 two forest rangers were killed for trying to thwart illegal logging in Romania’s forests, and scores of others were injured or harassed. Global Witness has recorded that 1,539 environmental activists were killed between 2012 and 2020 globally, which is widely viewed as a blatant underestimation due to widespread underreporting.

Unlike the existing initiatives on environmental defenders, which operate primarily by exerting political pressure through press releases and media statements, the Aarhus Convention’s rapid response mechanism relies on a legal framework. binding and does not require that available domestic remedies be exhausted first. Any member of the public, Party to the Aarhus Convention or the secretariat may lodge a complaint with the Special Rapporteur. Given that time is running out when it comes to the precarious safety of environmental defenders, complainants can file a complaint even if domestic remedies (lengthy court cases, etc.) have not yet been completed. exhausted, and may maintain confidentiality when providing information on violations of Article 3 (8) of the Convention.

The Special Rapporteur has a variety of tools to resolve complaints and protect environmental defenders quickly and effectively, which may include taking immediate and ongoing protective measures, using diplomatic channels, issuing public statements, or the transmission of the case to the attention of other competent human rights bodies, and the governments and heads of state concerned. The protective measures will be adapted to each situation; this could mean that it will list several actions that the Party concerned is invited to take to ensure that environmental defenders are not subjected to further persecution, sanctions and harassment.

In addition, the rapporteur will play a proactive role in raising awareness of the rights of environmental defenders under the Aarhus Convention and will cooperate with other human rights bodies and organizations.

United Nations Secretary-General Antonio Guterres said: â€œI remain deeply concerned about the targeting of environmental activists. I applaud your efforts to put in place a rapid response mechanism to protect conservationists. This is an important contribution to help advance my Human Rights Call to Action â€. He recalled that â€œtwenty years ago, the Aarhus Convention entered into force, bridging the gap between human and environmental rights. Today, as the devastating effects of climate change continue to ravage the world, the main purpose of the Convention – to enable people to protect their well-being and that of future generations – has never been more critical.

UNECE Executive Secretary Olga Algayerova hailed the creation of the rapid response mechanism, saying: â€œThis landmark decision is a clear signal to conservationists that they will not be left unprotected. This demonstrates a new level of commitment to upholding the rights of the public under the Aarhus Convention, as well as the willingness of Parties to respond effectively to serious and real-time challenges encountered in the implementation of the Convention on ground.

Austria and Ireland announced their commitment to co-lead the rapid response mechanism, and parties agreed to hold a special session of the Meeting of the Parties in 2022 to elect the Special Rapporteur.

/ Public distribution. This material is from the original organization / authors and may be ad hoc in nature, edited for clarity, style and length. The views and opinions expressed are those of the author (s). See it in full here.