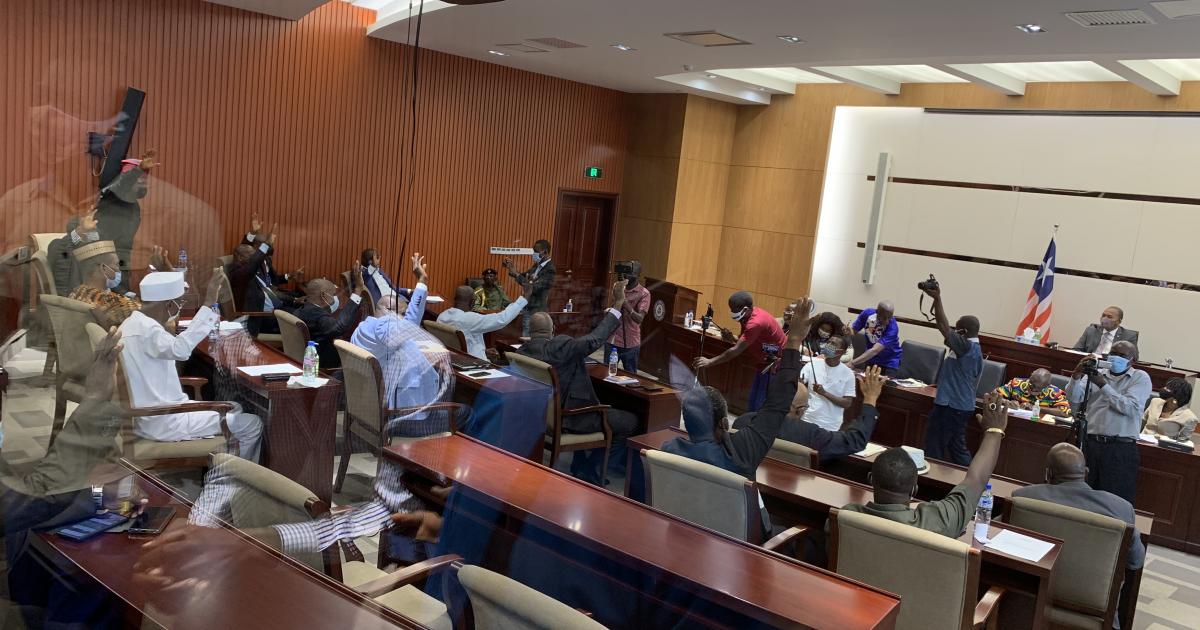 A bill to create the National Coordination Center for the Response Mechanism is expected to be finalized in the Senate tomorrow, August 31.

The bill suffered a setback last week when Sinoe County Senator J. Milton Teahjay introduced a reconsideration motion that on Tuesday was due to finalize for a possible passage.

The Liberian Senate had voted earlier to establish the National Center for the Coordination of the Response Mechanism (NCCRM).

The Plenary’s decision was triggered by a report from the Joint Committee on Autonomous Commissions and Agencies and the Judiciary as well as Human Rights, Claims and Petitions recommending the approval of Senators for the establishment of the Center. .

The bill was submitted to the Liberian Senate by President George M. Weah and then forwarded to the Joint Committee for consideration, advice and recommendation for future action by the Senate plenary.

The Center in question, according to the Joint Committee, was established in July 2016 by the Government of Liberia under Executive Decree No. 76 in response to Article 58 (f) of the 1993 ECOWAS Revised Security Treaty. regional.

In its report, the Joint Committee acknowledged that, based on the mandate of the Plenary, it invited the Head of the ECOWAS Secretariat in Liberia and the current leadership of the National Coordination Center of the Rapid Response Mechanism, as well as the Minister of Foreign Affairs at a hearing to motivate the creation of the said institution.

The center, once enacted, will focus on six thematic areas, including governance and human rights, gender, security, crime and criminality, health and the environment.

During deliberations, the Joint Committee agreed that statutory members of the Council should not be remunerated in any way, while non-statutory members may receive allowances and per diems. The members of the Board of Directors of the Center should be odd (unequal) members and that the Executive Director and two Deputy Executive Directors, one for administration and one for operations, hold positions subject to confirmation by the Senate and no at the will and pleasure of the president.

â€œAfter a careful review of the bill, the Joint Commission found that the Center had been operational since November 4, 2017 but was officially launched on February 6, 2018. The Government of Liberia adopted by the Head of State Authority of ECOWAS issued Decrees No. 76 and No. 88 to establish the NCCRM â€, underlined the joint committee.

Although Senator Teahjay’s reconsideration motion prevented passage of the bill, the joint committee, in its recommendation, however mentioned in the report that with the amendments, the findings showed sufficient justifications for the passage of the bill. The Act to Establish the National Coordination Center of Response Mechanisms (NCCRM).